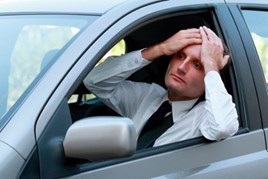 More than a third of company car drivers have a fundamental lack of knowledge of the Highway Code and basic road laws, claims E-Training World.

Over the past 12 months, 36.6% of drivers have come out as high risk for the knowledge section and, Graham Hurdle, E-Training World’s managing director stresses that this is a real concern for companies operating vehicle fleets.

“Many drivers haven’t read the Highway Code since the day they passed their basic L- test,” said Hurdle. “As a result, many do not know what road signs and markings mean, nor what the laws of the road are.

“There are also an increasing number of foreign drivers, who passed their test in other countries, who have a basic lack of knowledge of UK rules, signs and laws.

“Some might argue that not knowing the rules of the road isn’t as serious as tailgating, driving at dangerous speeds or other actions that are the common causes of accidents.

“I couldn’t disagree more. Road signs are there to guide and warn us while on the road, and the laws that govern our driving are there to make our roads safe. Drivers who lack basic knowledge cannot conduct themselves within the law, or react to signs, if they don’t know what they are or mean.”

In terms of overall risk, based on a combined score across all four sections, E-Training World’s online driver profiling system finds that less than 10% of drivers are high risk, approximately 70% are medium risk and 20% low risk.

“It’s the knowledge section that’s letting many drivers down,” said Hurdle, “ and this can be relatively easily resolved either through some of our online driver training modules or by asking drivers to re-read the Highway Code and then re-take the assessment to prove their knowledge has improved.”