Epyx: customer data was ‘never under threat’ during 1link outage 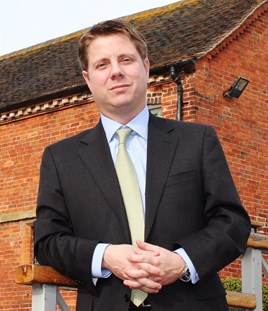 Fleet systems company Epyx has vowed to investigate what caused the three-day outage it suffered last week and ensure it does not happen again.

Thousands of fleet customers were left unable to book services or MOTs for vehicles during the outage, while dealers, independent garages and fast-fit centres could not receive any bookings, send invoices or get authorisation for service, maintenance and repair work undertaken.

Issues were first reported by customers of Epyx’s 1link service network system on May 16, and continued until mid-afternoon on May 18. The company said an issue in its database, which required filtering and searching through to find the problem, caused the downtime.

Managing director Steve Greene (pictured) said the strength of its parent company helped with extra resources to resolve the problem, which it says was the first outage of its kind in almost 15 years of operation.

He told Fleet News: “Since Fleetcor acquired the business more than two years ago, Epyx has seen considerable investment, with IT headcount doubling and IT capital expenditures trebling.

“We are now able to call on not only local resources in the UK but also on Fleetcor consultants and engineers on a global, 24-hour basis. They all worked round the clock to bring about a successful resolution.”

Greene assured customers that all customer data remained secure and was never under threat, with back-ups in multiple locations.

The company thanked its customers for their patience and understanding, and said it communicated updates throughout the downtime.

Greene said: “We sent out regular emails to advise of progress to the designated contacts and our account management team was in constant contact with fleet customers and dealers. A large volume of calls were placed to our support team and they were able to give one-to- one advice.”

Epyx said it would be reviewing procedures and providing its customer network with details of what happened in the interests of transparency.

“We will then share that report with customers in the interests of transparency and in order to gather their feedback,” said Greene.

“We expect the 1link service network customer forum, the independent user group that represents our customers, to play a key role in this process.”

“We are confident that the likelihood of similar episodes in the future is very low, but we intend to look very closely at the lessons that we can learn for the future,” said Greene.

It is used by the majority of FN50 leasing companies, many other fleet management companies and end-user fleets.

More than three million vehicles are registered on the platform, with around 18,000 fast-fits, franchised dealers  and independent garages using the system to get digital bookings from fleets, or receive authorisation for work carried out.

In addition, the system generates automatic cost estimates and provides electronic invoices from workshop to customer.

The company’s other networks, which provide services such as vehicle procurement, daily rental and disposals, remained unaffected by the issues.

Suppliers in the chain need to ensure that they are adequately prepared in case of failure higher up, warned Gary Hibberd, managing director of business continuity firm Agenci Information Security.

“Businesses need to know what they will do if they can’t access a critical system,” he said.

“While your suppliers need very clear crisis plans that do not negate the need for a plan further down the chain if systems go offline.

“You cannot wholly outsource the risk and responsibility for your business on to your suppliers, and you need to have your own contingency plans in place if their systems fail.”