A number of top fleet operations roles at car manufacturers are welcoming new recruits this summer, with appointments facing challenges in the aftermath of the Brexit vote.

Ford and Mercedes-Benz have already appointed new fleet bosses, while BMW has confirmed that it is currently recruiting.

Owen Gregory has been promoted to director of fleet operations at Ford, replacing Nick Themistocleous, who elected to retire last month. 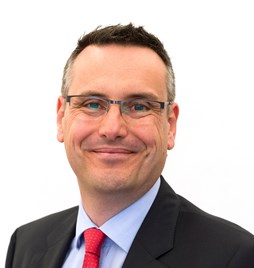 Gregory has been at Ford since joining as a graduate in 1999 and has held a variety of positions in sales and marketing, both in Ford of Britain and Ford of Europe, including UK dealer and consumer marketing manager and UK product marketing manager.

He moved to Germany in 2014 to become European brand manager for Focus, C-Max and Kuga.

True fleet registrations, however, were up 5.4% over the same period.

It’s possible that a number of new Ford products will help offset an expected cooling down of the new car market in the second half of 2016, while the majority of car manufacturers will also have to devise strategies to help minimise the impact of the decline of sterling’s exchange rate since the result of the EU referendum, which is widely expected to see imported vehicles increase in price.

Andy Barratt, Ford of Britain chairman and managing director, said:  “Owen is ideally suited to this position and will be a great addition to our team.

“He brings a fresh perspective to the role with his extensive knowledge of our Ford dealer network and background in both Ford of Britain and Ford of Europe operations.

“Owen will build on the excellent foundations provided by Nick as we move into the launch of the Ford Edge, our  flagship SUV, the expansion of the Vignale range, with  S-Max and Kuga and the continued strength of our commercial vehicles.” 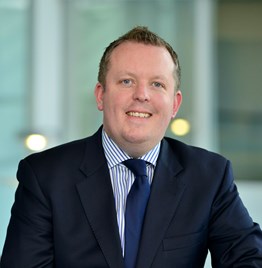 In East’s previous role as national fleet sales manager, he led a team of strategic account managers to record sales for the company in 2015.

Mercedes-Benz Fleet registrations are already running at 27% higher than for the first half of last year, at around 50,000 units from January to June, with true fleet sales of 42,117 units up 24.6%.

East joined the business in 2009 and has worked at Smart and the Mercedes-Benz Driving Academy, before moving in to fleet.

David George, sales director at Mercedes-Benz, said: “Fleet sales have been crucial in the continued growth of the Mercedes-Benz brand in the UK.

“Rob brings a wide range of experience to the role and I am confident he will continue this great success.”

One of the brands Mercedes-Benz is seeking to overtake in fleet and retail sales, BMW, is also on the lookout for a new general manager for corporate operations.

The company confirmed Matt Bristow will be leaving at the end of the summer after almost three years to take up a role at BCA.

BMW is also having a strong performance in 2016 with fleet registrations running at almost 40% higher than in 2015 for the first six months of the year, currently standing at more than 57,000.

BMW also overtook Audi as the biggest selling premium brand in total registrations in 2015, and appears on course to do so in 2016, although Mercedes-Benz will be a significant contender as will Audi, currently third in the race.