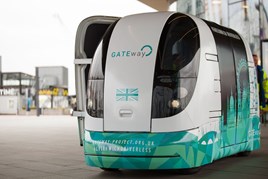 The House of Lords science and technology committee has launched an inquiry into future uses of driverless vehicles in the UK.

This inquiry will collect evidence on the potential uses and benefits of autonomous vehicles in contexts such as road transport, farming and space exploration.

The committee is seeking written evidence from as wide an audience as possible and across a whole range of possible applications from cars to public transport.

Questions which the inquiry will aim to cover include:

Lord Selborne, committee chairman, said: "Rapid progress is being made in the development of autonomous vehicles.

“We will examine what the Government is doing to support research into developing autonomous vehicles in the UK, as well as the real-world implications as these vehicles start to appear on the roads and in the work place.

"If the UK is to be at the forefront of this transport revolution, investment into research is vital to ensure the technology is perfected, allowing the public to embrace the use of autonomous vehicles.

“There are potentially considerable economic opportunities and public good benefits from this technology.

"We will look at whether the Government’s actions are appropriate in supporting these opportunities.

"We welcome submissions of written evidence – and later oral evidence – to ensure that we can carry out the most thorough and informative inquiry possible.”

The committee is inviting written evidence on the issue, to be received by Wednesday, October 26.