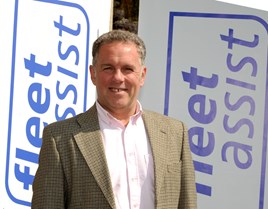 Fleets potentially face increasing operating costs as a result of changes in vehicle air conditioning gas regulations from January 1, 2017, according to Fleet Assist.

The European Union regulatory changes have been on the table for more than a decade and essentially see the introduction of a new air gas refrigerant known as R1234yf.

It is claimed to be more environmentally-friendly with a lower global warming potential than the gas it replaces, which is known as R134a.

However, research by Fleet Assist reveals that many garages, including some franchised dealers, are not yet equipped to work with the new gas as investment in new servicing equipment is required.

The new gas is significantly more expensive than the outgoing gas with potential re-gas costs of between £150 and £300 - compared to between £40 and £75 previously - depending on vehicle make and model, the quantity of gas held in the system and labour charges.

Although use of the new gas has been phased in as manufacturers have introduced new models to the market, from January 1, 2017 there is a ban on the use of R134a. That means all cars and light vans registered from that date must use the new air conditioning refrigerant in their systems.

There is no requirement to convert cars built to run on R134a to use the new refrigerant, they may legally be recharged with R134a.

However, further adding to the complexity is that manufacturers can apply for a derogation giving them a 12-month grace period to January 1, 2018 before using the new gas, R1234yf. The derogation, which applies to specifically defined models, is primarily designed to allow manufacturers to register “stock” vehicles.

Therefore, the reality is that the new regulations will not be fully inforce until January 1, 2018 when all newly registered cars and light commercial vehicles must use the new gas in their air conditioning systems.

Fleet Assist joint managing director Mike Smith (pictured) said: “Not only is the new gas causing problems for fleet operators in terms of which service outlets are equipped to work with it and the additional cost, but also in respect of knowing which vehicles have air conditioning systems that use the new gas and those which require the old gas.”

Fleet Assist contacted all vehicle manufacturers asking how much a re-gas would cost by make and model and the volume of gas held by each car and van. Additionally, manufacturers were requested to supply information of models in their ranges currently using the new gas, R1234yf, and when it was introduced.

The analysis revealed that R1234yf has been used in some model’s air conditioning systems since 2012, while it has been gradually introduced over subsequent years by different manufacturers in various models. However, other manufacturers are not planning to use the new gas until January 2017 production.

Smith said: “Manufacturers have introduced R1234yf at different stages in their vehicle production schedules, as a result there is no clarity. Additionally, unfortunately, the information on which models have been granted derogation for 2017 was not freely available.

“It is a hugely complex issue that will inevitably change as the industry progresses through the implementation of the new regulations. Some manufacturers were able to provide Fleet Assist with quite detailed information, whilst others were a little less clear on what was happening within their model ranges.”