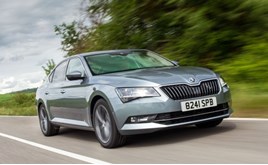 Changes to company car tax and salary sacrifice rules will be the biggest challenge that fleet operators will face in 2017.

According to a Fleet News poll the changes announced in the Chancellor of the Exchequer’s autumn statement – which will affect salary sacrifice and cash-or-car schemes  – are expected to cause the most headaches for fleet departments (43.2%) this year.

Matt Sutherland, chief operating officer at Alphabet, said:  “A significant concern is that with the additional complications in company car taxation, announced from April 2017, we could simply see organisations offering less choice to employees for company car options, resulting in a big shift into ‘cash-for-car’ schemes.

“The consequences of which would be to increase existing grey fleet problems by putting older, more polluting, less reliable and less safe vehicles on UK roads.”

Furthermore, rising benefit-in-kind (BIK) bands will take a u-turn in 2020 dropping from 16% to 2% for the lowest emitting models (0-50g/km) – reducing the incentive for drivers to switch to plug-in vehicles until this point.

With fuel prices predicted to rise (see page 8) 18% of respondents said fuel costs will affect them the most this year, despite it being the seventh successive year fuel duty has been frozen.

James Monks, finance director at vehicle tracking service provider RAM Tracking, said: “Despite the freeze, fuel is expected to continue to rise and costs have been impacted by a 19% pump price increase since February 2016.”

Other pressures on fleets, especially those operating within London, are likely to arise from Mayor of London Sadiq Khan’s assault on air quality.

He wants to speed up the introduction of central London’s Ultra-Low Emission Zone (ULEZ), implement a surcharge for the most polluting vehicles entering the city and propose a country-wide diesel scrappage scheme.

Caroline Sandall, deputy chairman of ACFO, told Fleet News: “We have already started to see a shift in selection of engine types and any further changes with regard to diesel uptake will further influence this trend.”

Real world emissions testing is also due to start this year and Sandall thinks many fleets may not be aware of the impact yet.

“This is going to be a major influencer in vehicle choice lists/selection but this is a largely unknown quantity and there is uncertainty over timescales.

“The scale of change informally quoted by some is considerable and we look to HMRC to ensure these changes are carefully considered for BIK tables to ensure fairness to drivers,” she explained.