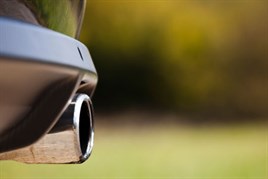 A growth in vehicle leasing has helped average new car emissions fall for the 19th consecutive year, says the BVRLA.

The annual Society of Motor Manufacturers and Traders (SMMT) New Car Report 2017 revealed that carbon tailpipe emissions fell to an all time low in 2016, with new cars averaging 120.1g/km. This beats the previous record by 1.1% and 2000 levels by 33.6%.

The SMMT says the reduction is thanks to billions of pounds worth of investment in new advanced engine, fuel and battery technology, as well as increasing use of lightweight materials such as aluminium and composites.

The growing alternatively fuelled vehicle (AFV) market and the shift of consumers towards diesel cars, which emit on average 20% lower CO2 than petrol equivalents, have also been critical to this success.

However, Gerry Keaney, chief executive of the BVRLA, said the growth in vehicle leasing has also had an effect.

He said: “More people are choosing to lease their cars, because it provides affordable access to a newer, cleaner, safer vehicle.

"We are proud that BVRLA members are leading the way when it comes to reducing emissions – the average leased car added to a member’s fleet in 2016 emitted just 110.8g/km CO2, 7.7% less than the average new car sold in 2016.

“This trend of falling CO2 emissions could be about to end as the Government goes in search of greater tax revenues, particularly from company car drivers.

"Policymakers need to recognise that motoring and business car taxation is more than just a revenue stream. It can provide a powerful incentive for people and businesses to choose low-emission cars.

“With poorly designed tax incentives, the Government could be putting the brakes on sales of low-emissions cars.”

Mike Hawes, SMMT chief executive, added: “The automotive industry has some of the most challenging CO2 reduction targets of any sector and continues to deliver reductions as it has for nearly two decades.

"For this positive trend to continue, modern low emission diesels and AFVs such as plug-ins, hydrogen and hybrids must be encouraged with long term incentives.

"Turning our back on any of these will undermine progress on CO2 targets as well as air quality objectives.

"The UK has a successful track record in encouraging these new technologies but this must be maintained through a consistent approach to fiscal and other incentives.”