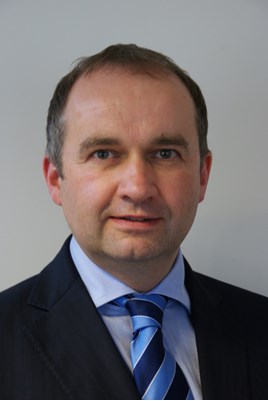 Regal Rentals is calling on the Government to reconsider planned changes to the Vehicle Excise Duty (VED) over fears it could cost the industry £14 million.

The independent licensee for AVIS Budget, says there is still time for Ministers to rethink before the changes come into force on April 1.

Jamie Frost, managing director of Regal Rentals said: “UK car rental companies typically keep vehicles for an average of six months. These changes will result in a deficit in the tax we can claim back.

“The duty hike will hit the car rental industry particularly hard with an estimated 400% VED rise in the first year, from £11million in 2016 to £55million in 2017 with the lack of refund responsible for £14million of this.

“As a company which provides rental vehicles to businesses and the public, we are deeply concerned at the potential impact these changes will have upon our business. We operate 1,250 vehicles in our fleet, purchase an average of 2,000 vehicles every year and support 115 jobs.”

“As well as damaging our ability to buy the newest, cleanest vehicles, these tax increases are likely to result in higher rentals prices for our customers and put further pressure on UK inflation.”

A recent analysis of the British Vehicle Rental and Leasing Association (BVRLA) member data indicated that the leasing and rental industry will buy 24,800 fewer cars this year as a result of the VED change, which will have a major knock-on effect on the environment.

Gerry Keaney, chief executive of BVRLA has said: “Rental companies account for a substantial proportion of new, low-emission car purchases in the UK, and if these changes go through, the Government will seriously damage its green agenda and air quality goals.”

The reforms will see the introduction of revised vehicle tax rates on new registrations based on the carbon dioxide (CO2) emissions of each vehicle.

A flat standard rate of £140 will apply in all subsequent years, except for zero emission cars which will pay nothing. Cars with a list price in excess of £40,000 will incur a supplement of £310 on their Standard Rate for the first five years in which it is paid.

In addition, if ownership of a car is transferred within the first year, a refund will only be paid on the standard rate rather than the first year rate.

For more information on the official changes: https://www.gov.uk/government/publications/vehicle-excise-duty

Three- and four-figure rises in cost for many cars as new levies kick in from April, bringing list prices as well as CO2 emissions into the equation.

BVRLA calls for a rethink on planned VED changes

The British Vehicle Leasing and Rental Association (BVRLA) has called on the Government to defer or stagger the VED increases planned for April.