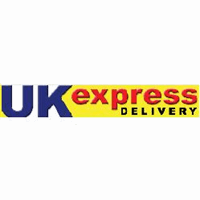 The case is the latest in a series being brought by GMB on behalf of members to tackle the growing trend of what it has decsribed as bogus self-employment and gig economy exploitation.

It follows the union’s victory against Uber and a recent case lodged against logistics company DX.

GMB believes that UK Express drivers fall into the same category as Uber drivers, in that although they currently have ‘self-employed’ status, they should actually be classed as workers.

The distinction is important because workers are entitled to basic employment rights such as minimum wage, holiday or sick pay. People working as self-employed are not.

In October 2016, an employment tribunal ruled that Uber drivers are workers entitled to basic workers’ rights and that the company are wrong to label them as self- employed.

GMB has taken these latest legal cases contending that drivers should be classed as workers, meaning they would be legally entitled to 5.6 weeks paid annual leave per year, the national minimum wage at £7.20 per hour for over-25s, increasing to £7.50 from April 2017, paid rest breaks and whistleblower protection.

Maria Ludkin, GMB legal director said: “This is another case in a long line of legal battles around bogus self-employment.

“Employers might not like paying the minimum wage or giving their workers the protections they’re entitled to in the workplace, but I’m afraid it’s not optional. UK Express deliver for some of the world’s largest companies, in this case Amazon.

"The drivers delivering for Amazon – like Uber drivers and delivery drivers for DX – cannot be classed as anything other than employed when you look at the law.We don’t get to pick and choose which laws we adhere to and which we don’t like the look of.

“This is a much wider issue than individual companies like UK Express or Uber. This is about employment in 21st century Britain.

"Fake self-employment is costing the Treasury and the economy millions while trapping some very hardworking people in in-work poverty."