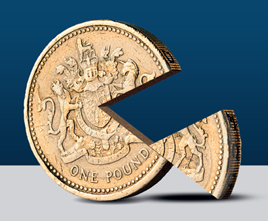 New rules around the tax treatment of salary sacrifice and cash allowance drivers have now been confirmed in the Finance Bill. Giving further detail around measures announced in the Autumn Statement and the Budget, the bill also includes new benefit-in-kind (BIK) tax bands for 2020/21 (see below).

Under the old rules drivers obtaining a car via a salary sacrifice scheme were taxed on the BIK of their chosen vehicle.

The new rules, outlined in the Finance Bill, will see them taxed on the higher of either the BIK or the sacrificed salary – unless they choose an ultra-low emission vehicle (ULEV) in which case the rules are unchanged until 2021.

The legislation aims to ensure that benefits provided under what it calls ‘Optional Remuneration Arrangements’ (OpRA) no longer have the income tax and NICs advantages previously available under salary sacrifice arrangements.

It also confirmed that the changes will apply to BIK with a cash allowance option and flexible benefits packages with a cash option.

While the legislation does introduce an added degree of complexity, Matthew Walters, head of consultancy services at LeasePlan UK, believes it is about providers supplying drivers, whether salary sacrifice or those who have the option of cash or car, with “the right degree of transparency in their quotation tools”.

He also does not expect it to have a big financial impact on employees. He explained: “The fact of the matter is that, while the vast majority of new salary sacrifice car drivers will see an increase in costs, this is marginal and in most cases this is a matter of a few pounds a month.

Leasing companies have been preparing for the change to help drivers understand the new rules, but Colin Tourick, professor of automotive management at the University of Buckingham, believes some may struggle.

He said: “Leasing companies haven’t been given enough time to modify their quoting systems to show drivers the amount of tax they’ll be paying on their new cars, which will now be based on their chosen car BIK tax or their cash allowance.

The Finance Bill introduces 15 new bandings, of which 11 are for ultra-low emissions vehicles (sub-75g/km).

From 2020, the appropriate percentages for zero emission cars will drop from 16% to 2%, while those for cars with CO2 emissions between 1g/km and 50g/km will vary between 2% and 14% depending on the number of zero-emission miles the vehicle can travel.

The measure also increases appropriate percentages by 1 percentage point to a maximum value of 37% for cars with CO2 emissions of 90g/km and above.