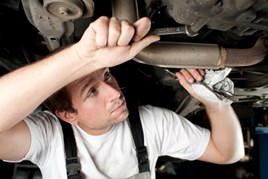 The ProMOTe campaign has been established in response to the Government’s plan to extend the time allowed before the first MOT of a car or motorcycle’s life from three years to four. It is a broad-based coalition representing road safety groups, motoring organisations and industry bodies.

MTS is also appealing to all involved with the tyre trade who are opposed to the proposals to register their concern via the official petition.

The petition was registered by Euro Car Parts, in collaboration with the IAAF, and aims to gather enough signatures to trigger an official Government response.

Duncan Wilkes, Micheldever Group chief executive, said: “It’s incredibly frustrating that once again we find ourselves having to devote time and energy to set straight an ill-founded proposal to change the MOT regime.

“MOT legislation has been twice reviewed in the last decade with each concluding that the current system remains as valid today as it was when established in 1960. That, just four years on from the last comprehensive review, a further consultation has been instigated is baffling.

“The facts remain as before: the MOT is a necessary and affordable safety check that plays a vital role in keeping our roads amongst the safest in the world, and extending the grace period to four years will have detrimental effect.

“One in five cars fails its first MOT, and the figure for vans is steeper still. With around 2.5 million new cars sold each year, that equates to some 500,000 cars that could be in use around with unidentified and dangerous faults.

“Cars may be becoming safer and more reliable. However, consumable items that are vital to a vehicles performance and safety - especially tyres - are still subject to wear and tear. Indeed, DVSA data tells us that one in 20 cars fails their first MOT test due to tyre defects. Couple this with the findings of the recent study undertaken by TyreSafe and Highways England, that showed how millions of motorists do not check or maintain their tyres and only replace them in order to pass an MOT, it is not an exaggeration to say that to remove this timely safety check is to effectively allow dangerous vehicles to remain in use without intervention for a further 12 months.

“It is critical that this proposal is challenged and I urge everyone involved in the automotive aftermarket to do their bit and sign the petition. MTS is working behind the scenes with colleagues from across the industry to challenge those in influence, and will be submitting a written response to the consultation, but a well-responded petition will bolster our efforts considerably.”

Proposals on cars broadly welcomed but fleets unanimously reject them for vans.