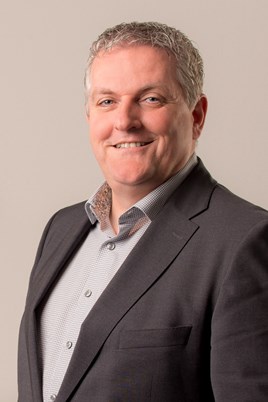 Global automotive finance, leasing and fleet software provider Sofico has been listed amongst the fastest growing companies in Europe based on revenue growth over a four-year period.

The Financial Times Top 1000 list of Europe’s fastest growing companies was based on businesses that had achieved the highest percentage growth in revenues between 2012 and 2015.

Innovative and fast-growing companies are the driving force of the European economy as they generate jobs and sustain Europe’s competitiveness, said the FT.

The UK, France, Italy and Germany were the leading countries for fastest-growing companies, with 78 of those on the list based in London, followed by 45 in Paris, 34 in Milan and 32 in Berlin.

Gémar Hompes (pictured), Sofico managing director, said: “Naturally, we are delighted to appear on the Financial Times’ list of Europe’s fastest growing companies as it is yet more evidence of our continued success through innovation and the hard work of all our employees.

“Since our Miles platform first went live in Switzerland more than 11 years ago, we have developed and refined our system in line with market demands and expectations, to the extent that, today, we believe Miles to be the world’s leading hybrid fleet and retail contract management system.”

Sofico, which now employees 210 people, recently announced the appointment of 10 new employees following a recruitment drive. Last year, the business reached a series of new milestones, with the number of vehicle contracts managed by its systems topping the 1.5m mark for the first time .And following the latest of a series of system implementations for Miles, Sofico is now present at 30 different sites in 20 countries around the world - a milestone it has achieved in the 11 years since its first Miles implementation in 2006.