Huge rise in use of dashcam footage reported 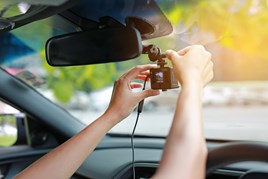 The use of dashcam footage following car accidents has risen by 285% since 2015, according to research by Accident Exchange.

The spike in use of dashcam footage after an accident has resulted in fewer disputes while speeding up claims processes, it says.

The analysis follows a report in 2015 which revealed a startling 918% rise in dashcam sales in just a year, suggesting that awareness and acceptance of the technology among motorists is growing fast.

Scott Hamilton-Cooper, director of operations and sales at Accident Exchange, said: “For many, the post-accident experience is one of the most stressful elements of car ownership, and it benefits everyone – motorists, accident management firms and insurers – to make it simple, stress-free and to limit unnecessary claims disputes. The fact it brings even more transparency to the process is great for us and our customers.”

The study examined tens of thousands of accidents recorded by Accident Exchange between January 2015 and July 2017.

Dashcam footage being provided as evidence by policyholders in insurance claims is growing in popularity.

No current plans to extend to rest of UK but NPCC keeps eye on developments.