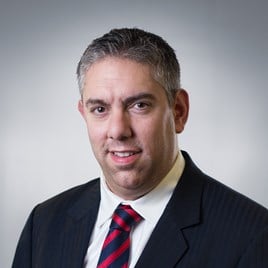 VisionTrack has warned fleet managers that new General Data Protection Regulation rules are a 'ticking timebomb' which they cannot afford to ignore.

The new EU data protection rules come into force on May 25 next year and apply to any companies processing the personal data of people living in the European Union.

Penalties include big fines - amounting to millions, up to 4% of annual global turnover - on any companies guilty of data privacy breaches.

VisionTrack says that fleets with in-cab cameras and telematics systems will need to make sure all their tracking meets the new standards because they will be responsible for any data breaches, rather than the camera or telematics companies, under the changes.

“Individual firms have far greater responsibility for data breaches under the new rules.

“All fleet managers are going to have to review their tracking systems and make sure they are compliant with the new regulations.

“This really is a ‘ticking timebomb’ which managers ignore at their peril because there are big consequences if you fall foul of the new rules.

“Brexit won’t make any difference because we will still be in the EU when it comes in and it applies to all firms who sell goods and services to citizens in other EU countries.

“The fines are enormous - up to 4% of a firm’s global turnover for breaching GDPR or €20 million (£17.7 million) for serious breaches.

“A company can be fined 2% of turnover for not having their records in order, not notifying the supervising authority and data subject about a breach or not conducting impact assessment.

“The problem for many fleets is that they are using out-dated tracking systems which will fall foul of the new rules. If they don’t update their systems in the next six months they could be in breach of the rules.

"The key priority for fleets is to ensure that their telematics and camera providers are GDPR compliant as it will be the end-user and not the supplier who will now pay the penalties for breaches of data privacy and security."

VisionTrack offers cameras and telematics in a single cloud-based system which is fully compliant with the new EU directive.

Lane added: “We have been working for months to make sure that we are fully compliant. We see this a big opportunity for VisionTrack.

“Fleet managers are going to be looking for complete peace of mind and absolute assurances that their tracking meets the new regulations. They have that with VisionTrack.”