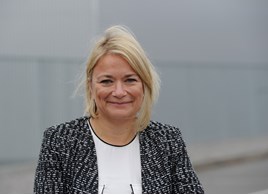 ACFO has urged Chancellor of the Exchequer Philip Hammond to focus on removing old, polluting diesel vehicles from the UK’s roads, rather than targeting new company cars.

In the Budget Statement, Hammond specifically highlighted that his two-pronged attack on diesel targeted cars and not vans or HGVs.

He announced a rise in the existing company car benefit-in-kind tax supplement from 3% to 4%, with effect from April 6, 2018. Approximately 800,000 employees who drive a diesel company car will pay more tax, according to the Government.

He also announced a Vehicle Excise Duty (VED) supplement will apply to new diesel cars first registered from April 1, 2018. The First Year Rate will be calculated as if cars were in the VED band above.

Sandall, who chaired the autumn Budget Statement-focused webinar, said she was concerned that the Chancellor was making “a tax grab at the expense of the company car” and by ignoring other vehicles was not taking a holistic approach when focusing on reducing transport emissions across the board to improve air quality.

The webinar was the first in a series that will continue throughout 2018 enabling ACFO members to obtain up-to-date information without leaving their desks on key announcements by legislators in Europe, Whitehall and at a local government level and insight as to how those measures will impact on their fleet operations.

Sandall said: “The tax rises gloss over the fact that many employees drive a company car because they need the vehicle to do their job. The constant attack on diesel cars ignores the fact that for high mileage drivers they are the most efficient. It will encourage fleets to consider petrol cars, but from a CO2 perspective they are not as efficient as diesel.”

Furthermore, ACFO is concerned that with the supplement impacting on diesel models registered on or after January 1, 1998, which do not have a registered nitrogen oxide emissions value.

Sandall said: “The measure penalises drivers for a choice they made with the best of intentions, which is bad news for drivers and bad for the concept of company cars, which are newer and cleaner than many other vehicles on the roads.”

Giving fleet operators’ advice on how to potentially minimise the impact of the company car benefit-in-kind tax supplement rise, she continued: “It is always important to keep whole life costs under review. I believe the measure will encourage manufacturers to accelerate the introduction of RDE-qualified cars and, as they are introduced, fleet operators should analyse the viability of earlier than scheduled vehicle replacement to take advantage of the benefits they will deliver. Drivers, particularly, will be grateful.

“It is important to communicate the impact of the tax rise on drivers and, ideally, illustrate the cost of the increase on an individual basis.”

Commenting on the VED rise, Sandall added: “It will be fairly minimal for the majority of cars, but managers should study the impact on their own fleets, particularly as the increase will impact the most on higher emissions cars. It is another trigger to encourage fleets to go down the low CO2 route