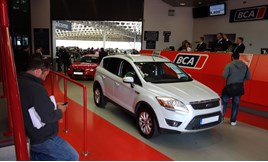 Average values for ex-fleet and lease cars sold at BCA in November remained near record levels.

The remarketing company's Pulse Report says the figure of £10,643 is the fourth highest it has recorded.

Retained value against original MRP (manufacturers retail price) was 42.30% in November. Year-on-year values were up by £620 (6.0%), as both average age and mileage continued to reduce.

The report also showed that overall average used car values rose during November, with the headline figure climbing by £40 (0.4%) to £9,404 – a record value for the third month running.

Demand improved from October and a change in model mix saw BCA handle a larger percentage of higher value corporate stock during November than the previous month.

Year-on-year, the headline figure was up by £773 – the same figure as last month and equivalent to an 8.9% increase in average values – a result reflecting both the steady demand, well-balanced supply and the richer mix of cars available at BCA over the past 12 months.

"Poorer condition, older and higher mileage examples need to be accurately appraised and valued in line with market expectations." 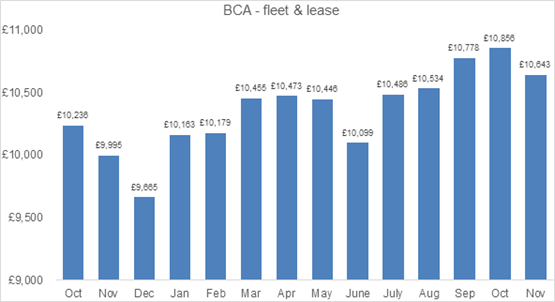