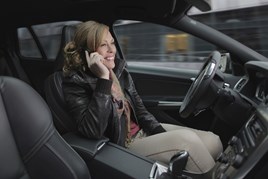 Small and medium-sized enterprises do not believe driverless cars will be a feature on our roads by 2021 and see them as a potential threat to business.

The research comes after the Chancellor predicted that driverless cars would be on UK roads by 2021 in last year's budget speech.

Only 31% of SMEs in the UK expect to see widespread use of driverless vehicles, falling to 21% in the transport sector, Close Brothers Asset Finance reveals.

Transport SMEs, however, are more likely to feel threatened than those in other sectors with 31% calling them a threat, 27% marked it as an opportunity and 42% said ‘neither’.

When asked if a business will be impacted by driverless cars, 21% in the transport sector agreed, but over half (53%) said 'no'.

Roughly one-third (30%) of those surveyed are of the opinion that driverless cars will have a positive impact on productivity while 38% are of the opposite view; the remaining 32% are unsure.

Close Brothers Asset Finance’s chief executive Neil Davies said: “The government has ambitious plans to invest in the sector, but what our research shows is that the jury is, in effect, still out, for most business owners.”

Driverless cars will be on UK roads by 2021, says Chancellor

Driverless cars could be on UK roads within four years under Government plans to invest in the sector.

Members of the public are being invited to test a fleet of driverless pods as part of a major research project.