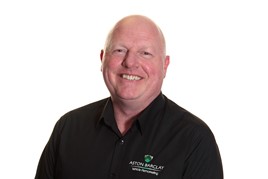 The biggest price movement was the 17.7% rise (£2,238) in fleet alternatively fuelled vehicles (AFVs), despite an average mileage increase of 5,483 miles, however, auction volumes remain limited.

"The impact of many older used cars being taken out of the market by scrappage has boosted part exchange prices, while demand and prices of ex-fleet stock have been consistently high.

“Demand for diesels from the trade has been healthy during the last 15 months, while hybrid prices continue to rise as they establish confidence with buyers."

Q1 2018 was particularly busy with a range of good ex-fleet stock in the market with strong bids and conversion rates.

In its latest report Aston Barclay has also reviewed the used performance of SUV and hatchbacks from nine car makers sold at auction during Q1 2018.

Generally, SUVs get replaced more often and with fewer miles (39 months/41,988 miles) than hatchbacks (42.3 months/50,194 miles). There is a difference in sale price of £3,269 between used SUVs (£11,759) and hatchbacks (£8,388) at auction, which stands to reason as on average new SUVs cost 20% more than hatchbacks. Remarkably, the number of stocking days is very similar - 17.4 days for SUVs and 17.0 for hatchbacks reinforcing the strong desirability of both vehicle types.

“The Nissan Qashqai was the first to be launched in the UK over a decade ago and we have seen countless new models launched by car makers. Their desirability with motorists has meant SUVs have fitted straight into the used market with minimal fuss and prices are generally very strong,” said Potter.