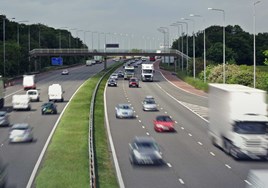 In a joint report published today, the Committees say that Motability needs a new roadmap for how it manages the scheme’s finances.

The report says it is difficult to square the high levels of executive pay and significant financial reserves at Motability Operations with the scheme’s charitable objectives and the wider context of pressures on welfare expenditure.

It says that the National Audit Office should conduct a full value for money review into the scheme.

Commenting on the Report, Frank Field MP, chairman of the Work and Pensions Committee, said: "It is impossible to calculate the human happiness that has resulted from the freedom and independence that Motability scheme—the first and only scheme of its kind—offers disabled people. But the organisation operates as a monopoly that faces no competition in accessing disabled people’s often hard-won PIP benefits.

“The levels of pay pocketed by its executives and the cash reserves it is hoarding are totally out of whack with reality of its position in the market. That one member of staff is paid over ten times what the Prime Minister earns, is one example of where Motability needs to get a grip of itself and realise the privileged position in which it trades.

“Its executives must co-operate with a full NAO investigation into the value it is offering the taxpayers who fund a significant chunk of its operations."

Motability Operations is the only private organisation entitled to receive welfare payments for the leasing of vehicles, it says.

In practice, the report says Motability Operations has a monopoly on these reliefs, which cost the Government around £700 million per year. The Government, it says, must explain why providing such state assistance in the absence of competition is an appropriate use of public money.

Motability Operations has justified such large reserves on the grounds of its inability to diversify out of its one product—leasing cars—and one customer base—those in receipt of mobility welfare payments.

The total remuneration package of CEO Mike Betts increased by 78% from £954,000 in 2008 to £1.7m in 2017. Its pay is based on a comparison with FTSE 250 companies, but Mobility Operations does not face the same fundamental risks and stresses that FTSE 250 companies face, says the report.

Given its existence as a taxpayer-supported monopoly, the zero competition it faces for customers, and the context of restrained welfare spending in which it operates, the level of Motability Operations’ executives’ pay is totally unacceptable, the Committees conclude.

Nicky Morgan MP, chairman of the Treasury Committee, said: "The Motability Scheme is a valuable service that is helping over 600,000 disabled people live more independently. But such high levels of executive pay and significant financial reserves are difficult to square with the honourable objectives of the scheme.

“It seems that Motability may have lost its way. DWP should ask the NAO to carry out a full inquiry into the value for money of the Motability Scheme. This could help ensure that those who rely on the scheme are able to access it on the best value terms."

Motability Operations has welcomed the report and says that on Betts' pay it was "reviewed against the market to ensure that it is both competitive over the long term and to make sure that any rewards are related to performance especially in relation to the quality of service provided".

Seat UK has appointed Sam Hothi to the role of rental and motability manager within its UK fleet team.