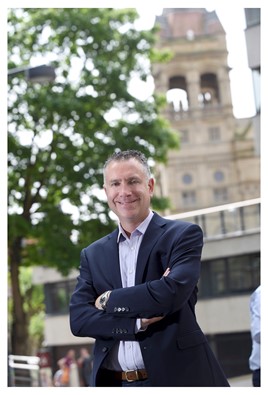 Demand for smaller, petrol engine cars is seeing some models appreciate over the past 12 months, according to analysis by Cap HPI.

Petrol variants of the Nissan Micra (10-17), Renault Twingo and Skoda Citigo could have been bought as a used vehicle, driven 10,000 miles in the past 12 months and then been sold for more than the purchase price.

Overall used car values declined by 0.6% in June, meaning the past 12 months have been more positive than the same month the previous year, according to automotive Cap HPI.

In June 2018, the average drop of 0.6% was the most positive movement in that month since 2009, when the country was recovering from a recession.

Demand for smaller cars has driven values to appreciate for selected models such as the Kia Picanto, Smart Fortwo and Forfour.

In contrast, the Vauxhall Adam and particularly the Chevrolet Spark have struggled in the open market and values were adjusted downwards by more than the average, around 2% and 6% respectively.

Derren Martin, head of current valuations at Cap HPI, said: “The strength of the market is unusual, with almost unprecedented demand for some sectors. Usually, we only see models like these appreciate during recovery periods, post-recession. This phenomenon is currently driven purely by consumer desire for small, petrol engine vehicles.”

The SUV sector now makes up 20% of the sold data received by Cap HPI, and almost one-third of new car registrations. This sector continued to perform more-or-less in line with the overall market in June, dropping on average by 0.7%.

Larger SUVs again fell by slightly more (0.9% or almost £250 on average), however, where supply outpaced demand, some smaller models struggled to achieve previous prices – models such as the Jeep Renegade, Nissan Juke and Peugeot 2008 all saw notable value reductions in black book live during June.

Martin said: “In the run-up to September, there is the possibility of further pre-registration activity due to WLTP – with some cars that are already built but with their CO2 emission figures increasing under the new testing guidelines making them unpalatable propositions post-1st September. These cars could well appear as cheap retail offerings, pre-registrations or they could find homes with the rental companies that are eager for more cars.

“Any or all of these scenarios could lead to pressure on residual values for those models affected. It is important to note however that these models are likely to be the exception rather than the rule.”

Shift from diesel to petrol not reflected in used car market, says VRA

Trade body warns with little sign of demand for used diesels falling, it could result in a potential oversupply of petrol cars in the medium term.