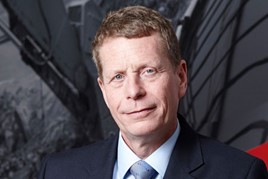 Hitachi Capital Vehicle Solutions is embarking on the next phase of its European expansion programme as it looks to acquire businesses across 10 key markets.

The 10 markets are expected to deliver access to “around 80% of the leasing volume across Europe”.

The leasing company has been on a five-year development plan, funded by its Japanese parent company, as it looks to deliver growth in new markets and build scale across Europe. This plan fuelled acquisitions last year in the Netherlands with Noordlease and with Corpo Flota in Poland to create a combined European management fleet, along with the UK operations, of 100,000 vehicles.

However, it has now identified Germany as its next big target, with France, Spain, Italy, Austria, Switzerland, Belgium, Luxembourg, Portugal and eventually more countries in Eastern Europe and the Nordics next on the list.

Simon Oliphant (pictured), previous UK boss and now head of vehicle solutions strategy division, has been tasked with using how he did things in his previous position as a template for success in other markets.

Oliphant told Fleet News: “Operations from the UK have been built from a strong platform.

“Japan liked what we did in the UK and they are aware of how things are moving in terms of mobility and the leasing market.

“We’ve been on a five-year plan. The first was research, the second and third was securing the funding from Japan and going out to the market.”

Oliphant’s European strategy team has been joined by Nick Salkeld, advisor to the supervisory board to help the company as it looks for suitable acquisitions.

Part of what has driven the European expansion plans has been meeting with UK fleet clients that have operations in Europe and want to continue their relationship with Hitachi.

Oliphant said: “We’re at the next phase now in that five year plan and we’re confident we will launch in Germany with an acquisition in the next 12 months.

“Growing by acquisition will always mean there is a certain amount of uncertainty.

“It’s unpredictable as it depends on which opportunities present themselves. We have a plan with how we want to progress with the expansion and in which markets, but I’m sure that will change as we go. If everything falls into place, it will be Germany but if a good business presents itself elsewhere, we wouldn’t rule that out.”

Oliphant wouldn’t comment on what targets Japan had given him in terms of what size the business would grow to in the UK, but did say he was looking for companies of a certain scale between 10,000 and 20,000 vehicles each.

However, he said that if a good business with the appetite to grow had a smaller risk fleet, he would also consider them as a worthy acquisition target.

New companies that join the Hitachi business will gain access to its global scale, learnings, products and back end services.

Oliphant said: “This isn’t about me going in and changing everything at the company we acquire. We’re looking for companies that are specialists in their local market, with a strong management team that want to grow with us.

“We have the ability to invest and unlock the potential in these companies.”

Hitachi Capital has acquired Noordlease Holding leasing company in The Netherlands for an undisclosed price.