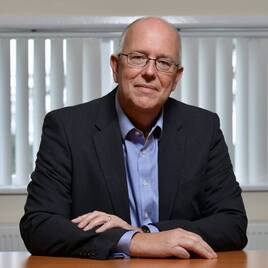 The Eastcourt premises’ additional square footage will house more people and increased training facilities. Its client base has increased by 200 since the end of 2016, making the total rise to over 700.

Additional square footage has been taken at its existing premises at Eastcourt, near Malmesbury, creating room for more people and increased training facilities.

FleetCheck’s managing director Peter Golding (pictured) said: “We now have around 25 people working at FleetCheck, which represents a headcount expansion of a quarter in the last year alone.

“All of this is very much organic growth. More than 100 new customers have signed up to fleet software specialist FleetCheck so far in 2018, signalling our best-ever start to the year.

“They range from fleets with a handful of vehicles through to more than a thousand and, together, increase the number of vehicles being managed using our software by 4,000 to around 65,000.”

FleetCheck’s total number of clients now numbers more than 700, itself a figure that has increased by more than 200 since the end of 2016.

Earlier this year, a new FleetCheck regional office was also opened in Doncaster to serve the company’s user base of larger commercial vehicles, which is becoming increasingly focused in the North of England.

New data protection rules are driving interest in fleet management software, with employers keen to use it to promote compliance, reports FleetCheck,