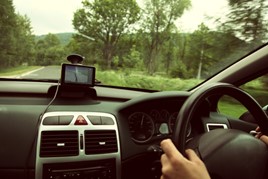 A study of 1,000 motorists who have bought a new car over the last three years shows that over half of London drivers felt they were wasting technology their car had to offer, with 49% of motorists admitting they struggle to get to grips with it.

Jardine Motors Group’s group marketing director Matt Wrigley said: “Technology strongly influences our choice in a new car, even if we are not entirely sure how it assists our driving.

"Many of us are seduced by it at the point of sale, but forget to figure out how to use them in the excitement of driving away in our new motor.”

Many admit to being clueless on how to enable 'sports mode' or 'cruise control' while they also have trouble operating self-parking.

Over 50% have no idea how to use ‘lane keep assist’, turn on ‘motorway speed alerts’ or even utilise ‘seat memory settings’.

Four in 10 drivers are clueless about their reverse sensors, climate control and heated seats and 58% have frequently pressed the wrong button or selected the wrong function when trying to do something technical.

Of the motorists surveyed, 71% of over 55s felt it only took them 0-6 months to get to grips with the main technical features in modern cars. Meanwhile, only 51% of 18-24 year olds felt comfortable within the same timeframe.

Additionally, 23% of motorists from the North West admit to never getting to grips with their new modern cars.

Looking into the future for what the next hot gadget should be in brand new cars, an alarming number of motorists suggested air conditioning, CD players and removable parcel shelves; all noticeable inclusions that already feature in most modern cars.

However, despite certain confusion around current advances in driving technology, the study by Jardine Motors Group found it was not all doom and gloom for in-car tech.

Eight in 10 new car owners admitted the technology and gadgetry of a car does influence their decision on whether to buy it.

Meanwhile, 76% said they would probably buy a car that had more in-car functions than they actually need.

Wrigley said: “In-car technology has come on such leaps and bounds in a short amount of time.

"From improving the overall safety of drivers and passengers, to bringing an added layer of excitement of being behind the wheel.”

% of new car owners that cannot use the following:

Operating sat-navs to be included in revised driving test

Learner drivers will have to operate a satellite navigation system during their driving test as part of changes to the test aimed at improving road safety.