WLTP confusion is opportunity for fleet managers to prove their worth 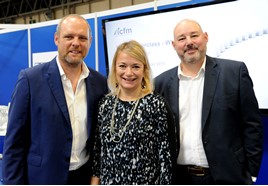 The ongoing confusion over WLTP could provide fleet managers with the opportunity to prove their worth to their employer, an ICFM masterclass heard.

The introduction of the Worldwide harmonised Light vehicle Test Procedure (WLTP) has resulted in some vehicle manufacturers temporarily or permanently axing non-compliant models and delays in emission and MPG data being published due to the volume of models requiring homologation.

The ICFM masterclass, held at Fleet Live, heard that the added complexity has resulted in some organisations moving away from company cars in favour of giving staff a cash allowance, but this could prove to be an expensive mistake.

Operationally, the introduction of WLTP with all its ramifications on fleet policies and company car choice presented “a great opportunity for fleet managers to demonstrate their worth”, said Caroline Sandall, a director of ESE UK Consulting and deputy chairman of ACFO.

“Silence can be really dangerous and it will result in other people making decision and they may not be the best,” she added.

“Fleet managers are in unprecedented times so must use the opportunity to demonstrate their value.

“They must engage with company car drivers and management and ensure they are monitoring what is happening. It is about self-preservation and demonstrating what a great job fleet managers do.”

Urging fleet decision-makers to “translate WLTP into a message that is clear for company car drivers and management to understand, while also assessing the business impact”, Sandall said “best case and worse case scenarios should be considered”.

David Bushnell, principal consultant at Alphabet (GB), said that instead of risking employees opting out of company cars and into potentially “older, unsafe and inefficient vehicles with an increased CO2”, fleet decision-makers should introduce a four-point action plan:

‘If you don’t have someone dedicated to your fleet, God help you,’ says ICFM’s Paul Hollick

Fleets have just a few weeks left before they will find out how the Government intends to mitigate the impact of WLTP on future company car tax rates.