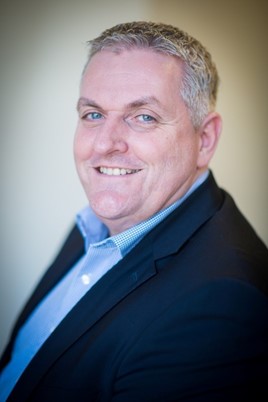 Software provider Sofico has set up a new regional office in the UK to better service growing numbers of local customers as it continues to expand in the country.

Sofico Services UK is now based at Malvern, Worcestershire, where a staff of seven manage implementations of Sofico’s mainstream Miles software system as well as supporting existing customers, including manufacturer captive and independent leasing companies.

Country head Roger Smith said: “Our new offices give us the best setting for our growing UK business with plenty of room to expand and provide us with a long-term base.

“We now have a critical mass of UK customers and are excited to be starting up our next implementation with a major UK leasing company. With more implementations in the pipeline we will be looking to expand the team further in the near future.”

The move follows the opening of a Sofico Services Germany office in Munich earlier in the year as part of the company’s growth strategy of establishing a local presence in key markets so that customers can be better supported through local, native-speaking staff familiar with the market.

In line with the strategy, the company also opened a dedicated office in the Netherlands near the town of Utrecht in October 2016 and plans more regional offices within the European Union in the near future.

Sofico also opened offices in Mexico last September in Puebla, southeast of Mexico City, to provide the hub from which Sofico customers throughout the Central and South America region can be serviced more effectively.

In addition, the company also operates offices in Tokyo, Japan and in Sydney, Australia with local, native-speaking staff to better service and support fleet and leasing clients in the Asia-Pacific region.

The new UK initiative comes as Sofico continues the expansion of its global business operations with more than 40 customers in 22 countries relying on Miles to manage their business.

Sofico managing director Gémar Hompes (pictured) said: “We are delighted to be opening a new, locally-dedicated office and expanding our operations in the UK. The establishment of local offices helps us stay close to our customers in the country and helps us in attracting new staff with knowledge of the local market and local languages,” he said.

“Future implementation projects in the UK will continue to be managed by the Sofico Services UK team with support from staff at our head offices in Belgium.”

Sofico has upgraded its Miles management software with a next generation services platform, built upon cloud technology.

VWFS Mexico is currently in the midst of an intensive full service leasing implementation process with Miles.

Sofico has established Sofico Services Germany GmbH as a new subsidiary company and is opening an office in Germany expand and improve customer offering.