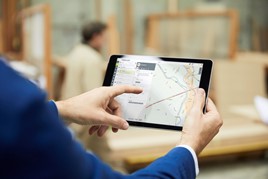 The opportunities offered by the latest risk management tools could become “threats” to an organisation if not properly managed.

That’s according to insurance brokers Jardine Lloyd Thompson (JLT), after a bus company was fined £2.3 million for failing to act on telematics warnings which led to a fatal collision.

Midland Red (South), which is part of Stagecoach, admitted breaching health and safety standards and was sentenced alongside its driver, Kailish Chander (80), after a two-day hearing at Birmingham Crown Court (fleetnews.co.uk, November 28).

The bus company’s telematics system, driver trainer and passenger complaints had consistently raised issues over the standard of Chander’s driving.

However, the company  allowed him to continue to work and on October 3, 2015, he mistook the accelerator for the brake pedal leading to the fatal crash. The coach he was driving accelerated into a supermarket, killing two people.

Ian Hesselden, a partner at JLT, believes additional risk management tools such as telematics and in-cab coaching devices can produce “invaluable” data to safeguard both company and driver.

However, he told Fleet News: “If not properly managed, then these opportunities can become threats. Data – whether in the form of irrefutable driver performance reports, anecdotal situations or health warnings – needs to be analysed, understood, acted upon and recorded.”

In the bus company’s case, the court heard how it sent eight warning letters to the driver about the standard of his driving after its tele-matics system flagged up poor performance.

Chander had been involved in four other driving incidents in the previous three years.

However, he missed a one-to-one meeting to address concerns over his driving because “his bosses needed him to be out driving” – he continued working until the fatal collision.

After sentencing, Phil Medlicott, managing director of Midland Red (South), accepted that there were a number of failings at the company.

“While we met in full all the regulations around driver working hours and had all of the relevant checks in place, our own detailed policies were not followed as closely as they should have been,” he said.

“There were failures at an operational level in driver supervision and we deeply regret the opportunities that were missed to act decisively on emerging warning signs.”

Hesselden says if the information delivered through a telematics system is difficult to understand, consider changing the system or what it produces so that it “works for the company, and not against it”.

“If it becomes too hard a task, it will be marginalised and not shared in a coherent manner across the respective management functions,” he said.

“Disjointed fleet management plans with little coordination or means of measurement will often fail and in doing so leave the company, drivers and the public exposed.”

Medlicott says that following the accident, Midland Red (South)’s priority has been to put these matters right.

“We carried out a comprehensive review of all of our policies and have made several key changes,” he said. “This means we have in place a significantly more robust safety regime than is required by law.”

This includes more frequent medical testing and a pre-medical review for older drivers, with appropriate checks being carried out every six months rather than on a statutory annual basis.

He added: “We have also provided additional training to all drivers and strengthened the application of our accident reduction processes.

“We cannot turn back the clock in this case, but we have sought to do everything possible to learn lessons and ensure that this kind of accident does not happen again.”

Hesselden explained that the motivation to install the system ultimately sets the tone as to how the organisations will respond to the data.

If the focus was to reduce running costs, the management process will be based around achieving efficiency.

If, on the other hand, it was installed to meet the company’s needs and culture to optimise running costs, efficiency, safety, driver welfare and insurance costs, Hesselden says it is “very likely the company will have thought about how to use the data across all facets of the fleet in a smart and intelligent way”.

“By asking a few pragmatic questions during the system feasibility phase, and even after, many fundamental mistakes, wasted opportunities and a lot of cost, both direct and indirect can be avoided,” he added.

For more from Hesselden on the risks, see his blog.