Being tailgated is biggest ‘fear’ among drivers 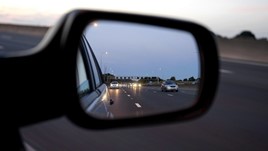 Highways England is currently waging war against motorists who drive too close to the car in front, with their ‘Don’t be a Space Invader’ campaign.

Previous research has shown tailgating to be the chief bugbear among road users. But new data from an independent national survey of 1,200 motorists, reveals it’s much more than just a nuisance.

The study, conducted by Select Car Leasing, revealed that tailgating is also the thing that causes motorists to be the most frightened and distressed while behind the wheel - trumping the fear of actually having a crash.

Almost a third – 32% of survey respondents - said ‘drivers driving too close behind me’ was their biggest road-related fear.

The study also lifted the lid on the motivations behind tailgating itself.

Almost one in 10 men and one in 20 women said they’d deliberately tailgated as an act of ‘revenge’, because the rival motorist had ‘behaved poorly’ towards them.

Meanwhile 7% of women and 6% of men had accidentally tailgated without even realising they were doing it.

Overall, a third – 33% - thought that tailgating had become more of an issue in the last five years than in previous eras, as UK road behaviours become more aggressive.

Mark Tongue, director of Select Car Leasing, said: “As part of its research into the issue, Highways England says that tailgating is the ‘biggest single bugbear’ that drivers have about other road users. But our research shows that the problem runs much deeper than that - it’s not just a nuisance, it can be also be absolutely terrifying for some motorists.”

As part of its Space Invader campaign, Highways England used dashcams, facial recognition, emotion tracking and heart monitors to reveal that a driver’s typical reaction to someone who tailgates them is ‘surprise, anger and contempt’, with a spike in heart rate.

However, Tongue said: “We need to add ‘fear’, ‘dread’ and ‘terror’ into the mix, too, as these are also emotions that go hand in hand with tailgating.

“If you’re driving along, at the speed limit, and someone is an inch behind your rear bumper and acting in an aggressive manner, it can be extremely intimidating.

“If tailgating is a persistent source of terror, drivers will be nervous about it happening before they even put the key in the ignition.

“Tailgating is simply not acceptable - full stop. And if you’re guilty of doing it, you need to understand just how much emotional harm and distress you could be causing.”

Highways England says one in eight of all road casualties are caused by people who drive too close to the vehicle in front, with more than 100 people killed or seriously injured each year.

It says that, while a small minority of tailgating is deliberate, most is unintentional by drivers who are simply unaware they are dangerously invading someone else’s space.

Richard Leonard, head of road safety at Highways England, said: “We know that if you get too close to the car in front, you won’t be able to react and stop in time if they brake suddenly.

“Tailgating also makes the driver in front feel targeted and victimised, distracting their attention from the road ahead and making them more likely to make a mistake.

“If that leads to a collision, then people in both vehicles could end up seriously injured or killed.

“We want everyone to travel safely, so the advice is - stay safe, stay back.”

Punishments for tailgating range from a £100 fine and three penalty points, a driving ban, or even a prison sentence.

The Highway Code states that you should leave a two-second gap between cars. The two seconds are made up of the time needed for thinking and stopping. And when it’s raining, that gap should be at least doubled.

A new study has revealed the nation’s worst motorways for dangerous tailgating, with the M1 near Leeds revealed as the country’s tailgating hotspot.