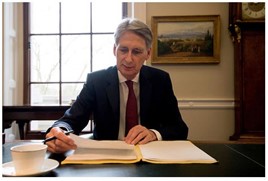 Fleets have delivered a clear message to the Government: 94.5% of respondents to a Fleet News poll believe the delay in publishing new company car tax rates is damaging the industry.

Fewer than one in 20 believed the uncertainty was not having a long-term negative effect on the market.

The fleet industry has been growing increasingly frustrated with the Government’s handling of the new emissions testing regime – the Worldwide harmonised Light vehicle Test Procedure (WLTP) – and its impact on company car tax and Vehicle Excise Duty (VED).

HMRC launched a consultation late last year to better understand the problem, but hopes of hearing its response were dashed in the Spring Statement (fleetnews.co.uk, March 13). Fleet News understands that the cause of the delay is the protracted  Brexit negotiations.

The Chancellor simply said in a written statement that the Government would issue its response to the review into the impact of the WLTP on VED and company car tax “in the coming months”.

Company car tax tables are known up until 2020/21. The rates were published in 2016, which gave fleets advance notice of their liabilities for the next four years. They now have just two years, which is taking its toll on the company car market.

One fleet manager told Fleet News: “I’ve had drivers in long-term hire vehicles for almost a year now while WLTP was being sorted out and now that they are allowed to order a new car, many are reluctant to do so until they have certainty of their tax liability in years three and four of ownership.”

Another respondent said all vehicle orders had been put on hold until the Government decides its approach to future benefit-in-kind (BIK) tax tables.

WLTP testing has been required for all new models from September 2017, and all new car registrations since September 2018.

Matthew Walters, head of consultancy LeasePlan UK, says WLTP’s “staggered integration” into the tax system has created a lot of confusion and concern for fleets and their drivers.

“The use of NEDC-correlated figures means that some motorists are facing unexpected tax hikes,” he said.

NEDC-correlated figures, which were not considered in the consultation, have resulted in an uplift of CO2 emissions of 10%, on average, equating to some 10-15g/km.

However, fleets and company car drivers could face a further increase in costs when they start using WLTP CO2 values from April 2020.

Initial evidence provided by manufacturers suggests that more than half of cars will see an increase in emissions from correlated values of between 10% and 20%.

Ashley Barnett, head of consultancy at Lex Autolease, believes it’s a major issue for the industry. “The lack of long-term company car tax tables is holding the fleet market back,” he said.

“Before fleet decision-makers can build a strategy based around the average 48-month contract, and before employees can commit to what is, essentially, a four-year investment, they need assurance that the associated costs are not going to increase over its lifetime.”

Orders of diesel vehicles from Lex Autolease are being delayed, according to Barnett, in case further tax increases are announced that could make them “prohibitively expensive”.

Similarly, he says that questions remain over the future tax treatment of electric vehicles (EVs), which makes it difficult to forecast the cost of transitioning to an ultra-low and zero emission fleet.

The VED and company car tax consultation, which was launched in December 2018, closed on February 17, so it was perhaps wishful thinking to believe Government could respond to the submissions in the Spring Statement, less than one month later.

Matthew Walters, head of consultancy LeasePlan UK, believes Brexit played its part, but said that was “no excuse” for the lack of rates beyond the 2020/21 tax year.

“It’s outrageous that we weren’t told these rates years ago,” he said. “This means that fleets and motorists cannot properly prepare for the years ahead, which is particularly worrying at a time of such economic uncertainty.

“The Chancellor needs to reveal the rates as soon as possible – preferably even ahead of this summer’s draft Finance Bill.”