With just a matter of days to go before the launch of London’s Ultra-Low Emission Zone (ULEZ), the fleet industry has again called for more support to help businesses comply with clean air zones (CAZs).

More than 60 towns and cities are currently considering new measures to tackle pollution, including the introduction of CAZs.

As a result, almost every corner of the UK will be implementing some form of air improvement strategy within the next few years, leading to further calls for a consistent approach to how rules are applied.

The Freight Transport Association (FTA) says it would like to see more support for those who will struggle most to comply with CAZs, such as small businesses and operators of specialist fleets.

Natalie Chapman, FTA head of urban policy, explained: “The difficulty is that for some fleets they are locked into lease agreements that will be expensive to get out of or they may struggle to get replacement vehicles in time, especially if they require significant after-market bodywork.”

The warning comes as Public Health England (PHE) said 28,000 to 36,000 deaths in the UK each year could be attributed to long-term exposure to air pollution (fleetnews.co.uk, March 11).

As it stands, the vast majority of company cars will escape charges, where levied, due to their relatively short replacement cycles of, on average, three years.

However, vans and trucks can have much longer replacement cycles, increasing the likelihood of mixed fleets running non-compliant vehicles, and incurring charges.

Vans, on average, are typically replaced every four years, but some fleet operators may sweat their assets for much longer, for up to eight years, while trucks can stay on the fleet for 10-12 years.

City Hall is expected to publish new figures on how many vehicles could be impacted by London’s new zone, which comes in force from April 8, in the next few days. Previous research suggested that around 45% of all cars, 40% of light goods vehicles (LGVs) and more than one-in-three (38%) trucks will need to pay the charge.

Around a fifth of the total LGV fleet is still expected to be non-compliant in 2025, while virtually all HGVs are expected to meet the required Euro VI standard.

Transport for London (TfL) has previously suggested that up to 60,000 vehicles could fall foul of the London’s new ULEZ charge, which will operate 24 hours a day, seven days per week. With fees for non-compliant vehicles to enter the ULEZ starting from £12.50 for a car or a van to £100 for a truck, that would equate to more than £750,000 per day or more than £270 million per year in charges.

Alex Williams, TfL director of city planning, said: “We have been working hard to ensure drivers are aware that their vehicle needs to be compliant if they are to avoid paying the charge. We have also been supporting businesses in their preparations – with many already making the move to comply.”

TfL says it has engaged with more than 6,000 fleets to advise them of their options and has worked with London’s business groups to reach “thousands more”.

Recycling firm First Mile, which services more than 25,000 businesses in London with a fleet of 70 vehicles, has consolidated collect-ions to reduce vehicle movements and uses cargo bikes to deliver waste bags.

Bruce Bratley, First Mile CEO, said: “It makes sense to operate with the lowest possible impact on air quality; it would be futile to solve one environmental issue at the expense of another.” However, he admitted it had cost his business £3m to make sure it was “ULEZ ready”.

To help micro-businesses – defined as those with 10 or fewer employees – and charities adapt to the new zone in London, a van scrappage scheme has been launched with £23m available. A further £25m has been earmarked for a separate car scrappage scheme, which will launch later this year.

The van scrappage scheme offers qualifying businesses £6,000 to buy an electric van or £3,500 towards the purchase or lease of a Euro 6 diesel.

Caroline Sandall, director at ESE Consulting and deputy chair of fleet representative body ACFO, said fleets will be “running the numbers” to see whether, in the short term, paying the charge or replacing the vehicle makes most financial sense.

“For some businesses, especially the smaller ones, this does create a burden over and above what one could expect to be part of normal business planning,” added Sandall.

To qualify for London’s van scrappage scheme, businesses and charities will have to be registered in London or have entered the existing Congestion Charging Zone 52 times in the past six months and provide a certificate of destruction for a non-compliant vehicle.

Micro-business Clean Cover operates three non-compliant vans within the ULEZ, with the business based outside the capital.

However, she said: “As a small business, I feel like we’re being priced out of the capital. Upgrading vehicles, even with this support, will be a struggle.”

The level of support available to fleets will vary from one zone to the next. Birmingham, which has just had its CAZ approved by Government, will also charge cars, vans and trucks that don’t meet the latest emission standards to enter the city.

It will cover all roads within the A4540 Middleway ring road and is due to come into effect from January 2020.

Non-compliant cars, taxis and vans will pay £8 per day to enter the zone, while HGVs and buses will be charged £50.

Birmingham councillors had requested Government funding to introduce £68.7m of mitigation measures, including a car scrappage scheme, but have instead received £52.2m from the Government (fleetnews.co.uk, March 14).

It has allocated £38m to support businesses and individuals who might be impacted by the zone and £14.2m to install signs, cameras and other infrastructure.

Both exemptions will be limited to two vehicles per business.

Councillor Waseem Zaffar, cabinet member for transport and environment at Birmingham City Council, said: “In light of the reduced funding for a scrappage scheme, we will continue to work with other council leaders and combined authorities across the country to lobby the Government for a national diesel scrappage scheme.”

Sandall said that any support to accelerate the replacement of older, more polluting vehicles should be welcomed and urged other cities to follow suit where CAZ charges were being considered.

She added: “Government should be working more closely with those city councils and providing monetary support like scrappage schemes.”

However, while CAZs are being considered by councils, Chapman argues that they are not necessary to deliver improved air quality, nor do they provide an ongoing air quality benefit.

“They do not set new standards, they aim to simply accelerate the vehicle change that is coming anyway,” she said. “The benefits of CAZs will be short-lived. The Euro VI/6 vehicles that will be required, will enter the vehicle fleet on their own accord as part of the natural fleet replacement cycle.”

She continued: “When businesses buy new vehicles, it is not just the purchase price they need to consider, but how long they plan to run them for and what they will sell them for when they are finished.

“The introduction of CAZs means that for many businesses, the timeframe in which they had planned to sweat their assets has reduced and the residual values of their Euro V/5 vehicles have plummeted. So not only do they need to obtain financial resources for new vehicles sooner than they had planned, they have the double whammy that they have also lost out financially on the vehicles they are replacing.”

In July 2017, the Department of Environment, Food and Rural Affairs (Defra) and the Department for Transport (DfT) published the ‘Air Quality Plan for nitrogen dioxide (NO2) in the UK 2017’.

This plan, and subsequent iterations, have required local authorities to take action to bring NO2 air pollution levels within statutory limits in the shortest possible time.

But, by leaving councils to draw up their own plans, fleet operators face inconsistencies in how they are being applied.

For example, Oxford City Council and Oxfordshire County Council have developed plans that would see all non-zero emission vehicles banned from parking and loading during certain hours from 2020, while individual boroughs in London have been drawing up their own plans, with tougher standards than those stipulated by the ULEZ.

“If you ran a fleet of, say, 500 vehicles on a national basis, you could be faced with drivers driving from one city to another, Leeds to Glasgow for example, where they might fall foul of a different set of rules covering low emission zones through no fault of their own,” he said. 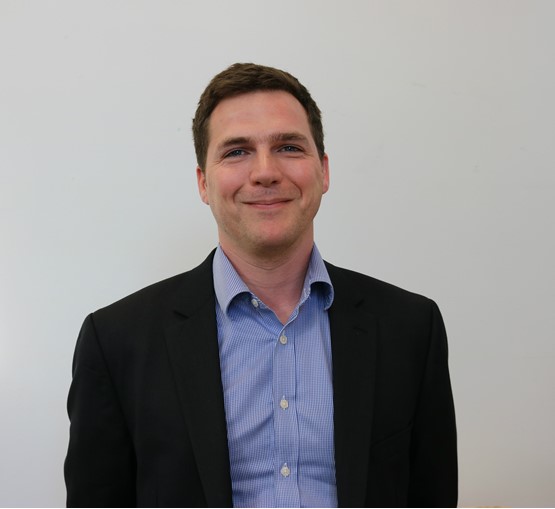 The article above clearly shows what a sorry state the Government’s plan to tackle air pollution in our towns and cities is in.

Responding to successive Government failures to deliver a lawful air quality plan, ClientEarth has launched and won three legal challenges over the past eight years.

But, instead of implementing a national network of CAZs, accompanied by central funds to help businesses make the switch to cleaner vehicles, ministers decided to pass the buck to local authorities, so now businesses are facing a confusing patchwork of schemes.

It is unacceptable that the Government has failed to take proper action to tackle this problem. CAZ proposals are trickling in, but their roll-out lacks central government coordination and support, and we are seeing some local authorities doing all they can to avoid such measures.

These CAZs are needed now and, despite claims from the FTA, Defra’s own evidence shows they are the most effective way to bring air pollution to within legal limits in the shortest possible time, as required by law.

As local authorities across the country follow cities like London and Birmingham in taking ambitious and necessary measures to clean up their polluted air, disruption to businesses with fleets of vehicles is unavoidable.

The FTA is absolutely right in highlighting the need for CAZs to be complemented by help and support, particularly for small businesses if they are to move to cleaner forms of transport.

In London, the £23m for a van scrappage scheme and £25m earmarked for a separate car scrappage scheme are essential to help smaller businesses adapt to the ULEZ and exactly the kind of commitment we need to see.

They need to be matched by national support, however.

As restrictions come into force to meet legal limits for air pollution, funding for a means-tested scrappage scheme on a national scale will be needed. This should be part-funded by the car industry.

Along with help and support to shift to cleaner vehicles, we need to see tax changes to bring zero emission vehicles closer to cost parity to help businesses buy these vehicles now.

The months ahead will be crucial and attention will be focused on all levels of government to make sure that plans submitted are effective in finally protecting people’s health and are accompanied by measures to help individuals and business make the necessary shift to cleaner vehicles and more efficient transport systems.