During his tenure he has overseen a doubling in the company’s fleet size to 145,000 vehicles, expansion of its multi-channel sales strategy through the development of a number of key partnerships, and a focus on the growing digital needs of its consumer business.

ALD also recently launched what it claims is the industry’s first fully digital ‘end to end’ car leasing solution in the UK.

He said: “I’ve had an amazing time at ALD and I’m lucky enough to have had the opportunity to work with some fantastic colleagues over that time who’ve helped us grow the business into what we have today. But with a clear strategy ahead, our digital foundations laid and an exceptional management team in place, I felt it was the right time to step aside as the company looks to take its mobility offering to the next level.”

Dawson will be leaving the business on June 30 and his successor, Laver, ALD UK's director of finance and risk, will take over on July 1. 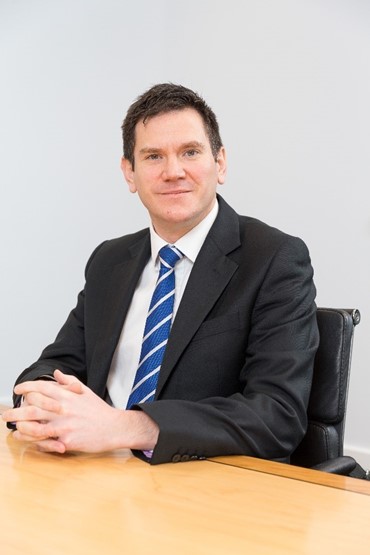 Laver (pictured above) joined ALD Automotive in 2005 and became finance director in 2012.

ALD CEO Mike Masterson said: “I’d like to thank Mel for the massive contribution he has made to ALD over two decades.

“His leadership has been key to what the UK business has achieved, not only in terms of growth and innovation, but in building a very positive customer focused culture across the business.”

Laver added: “As a colleague and friend he’ll be missed by all and we wish him every success in the future. Looking ahead over the next 18 months, in what is a rapidly changing mobility landscape, we have some very exciting plans in store and I’m really looking forward to tackling the opportunities and challenges that lie ahead."

ALD Automotive will help its customers accelerate their transition to electric vehicles through a new partnership with ChargePoint.