Honda to focus on profit over volume as registrations dip 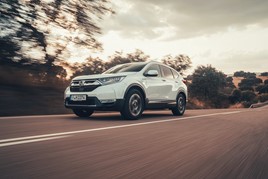 Honda will strengthen its SME relationships this year as it refocuses its fleet strategy to generate more profitable business rather than volume, given it expects a second year of declining registrations.

The brand has been developing its dealer network with a new Platinum Programme which encourages dealers to work more closely with small businesses and understand how to speak to fleet customers.

“If you walk into any retailer as a fleet customer, it’s difficult to get acknowledged or to get the answers you want,” said Marc Samuel, fleet sales operations manager at Honda UK. “We want to allow any of the people responsible for cars – be they fleet managers, company car drivers or leasing company employees – to be able to get the level of detail they want out of the dealer.”

There are currently 107 Honda dealers in the programme, out of a network total of 155. Dealers will be encouraged to identify local business opportunities and build relationships with those customers.

Samuel said: “We want the dealers to know and understand what their local area has got in it. It’s quite easy to do national business, there are enough introducers to facilitate that. This is about the dealer knowing that they’ve got a small business over the road that has a need for one or two vehicles. We want to help them to identify what the market potential is.”

The Platinum Programme is expected to offer a more personalised and attentive service to fleet customers, while driving aftersales work into the network.

“We are really focused on being what the market needs us to be at the moment, which is serving those SME-sized businesses,” Samuel added.

Honda still has a number of major account customers that it will continue to service, but Samuel is clear that he does not want to diminish the network’s position for profit by pushing a lot of low-margin or no-margin vehicles.

While true end-user fleet business was 60% above Honda’s target last year with substantial growth from leasing, albeit from a low base, low-margin channels accounted for around 2,000 of the manufacturer’s 28,000 non-retail sales. This is scheduled to fall in 2019.

The brand’s registrations totalled 52,000 in 2018 – a 2.5% decline on the year before. This year, total fleet sales in the first quarter are 20% behind last year’s while total registrations are down 15% overall.

“We aren’t doing high-cost tactical and some of the daily rental we did last year because we don’t believe that is the most cost-effective way of doing business. Uncertainties are more prevalent this year and we have to be more careful about where we choose to put our business,” Samuel explained.

Next year’s launch of the Honda e, a production version of the Honda Urban EV concept car, is expected to give a further boost to fleet sales. 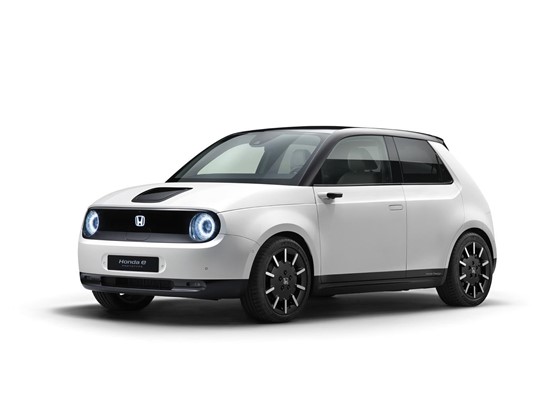 Samuel explained: “I am aware we will have a fairly significant volume of vehicles assigned to corporate and fleet next year. That number is still being defined, but I think we’ve got a real opportunity with urban businesses with that car. It’s very stylish and has a lot of technology.”

The new small electric car will have an estimated range of 125 miles and will be officially launched at September’s Frankfurt motor show.

Honda has already received more than 6,500 expressions of interest for the new model which is now available to pre-order with a refundable reservations fee of £800 for delivery in 2020. “Demand is already there,” said Samuel.

The Honda e will be the first fully-electric Honda launched in Europe. Currently the CR-V hybrid is the only electrified Honda available, but a new Jazz Hybrid will be launched later this year.

By 2025, Honda expects all of its models to feature electrification. Until then, the brand will continue offering petrol and diesel models in their current form.

“As a business, Honda produces millions of engines per year,” said Samuel. “But, 95% of those are gasoline. As petrol engine technology improves to the point that you get the same economies of scale as a diesel, things will move on. We see diesel has a place until 2025.”

Honda has announced that the next generation Jazz will be available with a hybrid powertrain and its first fully electric urban vehicle will be called the ‘Honda e’.