Total Motion appoints Claire Timms and Jayne Stansfield to board 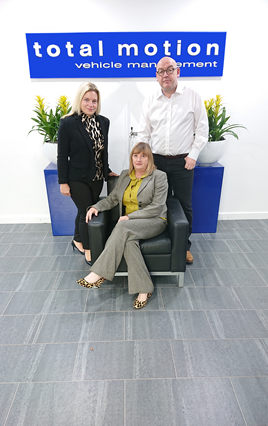 Vehicle management company Total Motion has restructured its board with the appointments of financial director Claire Timms and operations director Jayne Stansfield.

The new directors join Simon Hill, managing director and the business’s founder, on the board.

Stansfield has been with Total Motion for just over a year having previously worked at an auction house, while Timms, whose background is in construction, joined the company last October.

Total Motion, based at Meridian Business Park in Leicester, has seen profit margin grow by 3% and volumes increase by 9% over the past 12 months.

The business is directly responsible for more than 25,000 drivers in 14 countries on behalf of more than 4,000 clients.

Its fleet management consultancy service supports clients with a combined fleet size in excess of 460,000 globally.

The company has featured for three successive years among the UK’s 1,000 Most Dynamic SMEs, as published by the London Stock Exchange.

Total Motion is celebrating being named among the top “1000 Companies to Inspire Britain” by the London Stock Exchange Group (LSEG) for the third year running.

Leicester Tigers and Total Motion have struck a partnership deal that sees the company welcomed as the club’s official vehicle partner.

Total Motion is converting around 70% of its fleet to a Michelin Agilis CrossClimate tyre policy after predicting the tyres will deliver an 3,000 miles per set more than its existing summer/winter tyre policy.