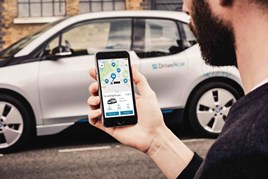 BMW and Daimler are pulling car sharing services from the UK and North America, blaming the “volatile state of the global mobility landscape” and rising infrastructure costs.

The announcement comes just months after the pair said they were investing more than €1 billion (£870 million) to develop and integrate car-sharing, ride-hailing, parking, electric vehicle (EV) charging and multimodal transport.

However, the German carmakers are apparently unwilling to invest more into the venture while they grapple with the huge cost of developing electric cars, according to the Financial Times.

On Wednesday, ShareNow said it would leave the United States and Canada due the “volatile state of the global mobility landscape” and the “rising infrastructure complexities facing North American transportation”.

The business also said it would leave Brussels, London and Florence due to “low adoption rates”.

Despite boasting 90 million users of its “mobility services”, which include ride-hailing and charging apps, the companies have thus far failed to make car-sharing profitable, reports the FT.

DriveNow and Car2Go, which had already pulled out of more than a dozen locations, will continue to operate in 18 European cities, including seven in Germany.

An email sent to London customers of DriveNow - the name for Share Now in the UK capital city – said “the decision was not made lightly".

It says the number of customers in London and demand for its car sharing service was below expectations and lower than other Share Now cities.

The company also blamed local factors, citing the high costs of operation and the different circumstances in the individual London boroughs.

“We started in London in December 2014, with the vision to change urban mobility and offer a flexible and attractive mobility solution which is in combination with public transport and is an alternative to the private car,” it said.

“Although more and more Londoners integrated our service in their daily mobility behaviour we had to face the hard reality that we could still not convince enough people to do so.

“To make our car sharing service successful in a city strongly depends on the respective market circumstances.

“The number of customers in London and their demand for our car sharing service was below our expectations and lower than in other Share Now cities. Furthermore, we had to face local factors, like the high costs of operation and the different circumstances in the individual boroughs.

“We are saddened by this decision and deeply apologize for the inconvenience that this will cause you when service ends. We especially want to thank you for using our service in the last years and for your loyalty.”

Other manufacturers have also struggled to get similar projects off the ground.

Earlier this year, GM was forced to pull its Maven car-sharing service out several cities, while Ford closed its vanhailing app Chariot, and sold its car subscription business to Fair.