Warning as half of drivers report incidents involving animals 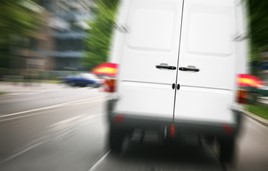 More than half of all drivers have either hit or had a near miss with an animal on UK roads, new research from GoCompare Car Insurance suggests.

Two-thirds (68%) of respondents, meanwhile, said they would not know what to do if they hit a larger animal, such as a deer or a badger while driving.

The animals most likely to be involved in an incident with a car are:

When asked what kind of road the accident happened on, two-thirds (68%) of drivers said they had been on a country road, followed by one in four (24%) on a town or city road.

While the animal running out into the road was the biggest reason for the incident (66%), driving at night was blamed by 22% of drivers. Driving too fast or being distracted contributed to 8% of the incidents.

The research also showed that animal-related accidents can happen at any time of day with broad daylight (32%) being the most common of the driving conditions, followed by evening/dusk (29%).

When asked what action they took, 39% of drivers admitted to driving on after hitting an animal, with those living in Scotland (47%) being the least likely to stop.

What is clear from the research, however, is the impact that hitting an animal or having a near-miss can have on the driver and the car.

When asked how they felt after hitting or nearly hitting an animal, only 16% of the drivers involved said they weren’t affected by the incident at all.

Men were nearly three times more likely to feel unaffected (21%) than women (8%). More than half (55%) admitted they were shaken by the incident, while 28% said they have slowed their driving down as a result. Fewer than one in ten (8%) said the incident had affected their confidence when driving.

In terms of vehicle damage, 18% of drivers who hit an animal sustained damage to their vehicle, with 10% resulting in an insurance claim.

Comparing genders, men were twice as likely to badly damage their car after hitting an animal compared to women.

Lee Griffin, founder and CEO of GoCompare said: “Sadly, as our research shows, accidents and near misses with animals on our roads are something most drivers have experienced.

“While some encounters may not be dangerous, a close call with an animal on the road can happen anywhere and at any time. They can leave drivers badly shaken or worse, lead to accidents and expensive repair bills.

“Animals are unpredictable and as a result, these incidents are unexpected but are increasingly common, as we all spend more time in our cars.

“Often the type of animal isn’t the issue. The action taken by a driver to avoid a bird can be just as dangerous as hitting a large mammal.

“Drivers on country roads need to take particular care, especially when driving at dusk or in the dark at this time of year when daylight time is shorter.

“But the reality is that we all need to be more aware of the likelihood of meeting an animal of some kind on the road.

“Being mindful of our speed and the distractions around us will help reduce the risk of a serious accident if the worst does happen.”

What is clear is that many drivers wouldn’t know what to do in the event of an accident involving an animal, but GoCompare has spoken to Adam Grogan, head of wildlife at the RSPCA.

He said: “Each year the RSPCA receives and attends several thousand calls regarding road traffic accidents involving deer. As a result of this, we always urge people to be cautious when driving in an area with known wildlife nearby and pay heed to warning signs indicating that wild animals may be around.

“If you do hit an animal while driving, we would advise people to stop and check (if it’s safe to do so), as the animal may be more seriously injured than they appear.

“Animals can scratch and bite when frightened, particularly if they are injured, so be cautious and apply common sense.

“Please do not try to handle or transport any injured deer, foxes, badgers, otters, swans, geese or birds of prey; keep a safe distance from them and call our emergency line for assistance.

“Always wear gloves when handling all other animals and please take them to a vet for treatment where possible.

“We also urge people to take care in dangerous locations, like a busy road, and ask people to always report any animal obstructing a highway to the police and call for help if you can't reach the animal safely.”

Find out more about what to do if you find an injured wild animal on the RSPCA’s website.

Richard Leonard, head of road safety at Highways England, added: “We urge drivers to look out for animal warning signs which let you know that animals are known to be about in the area, or likely to be roaming across the road.

“You may be well-travelled and on a known route where you’ve never seen an animal before – but there may one in nearby foliage or woodlands.

“We want everyone to reach their destination safely – so my top tip is if you see an animal warning signs slow down, remain vigilant and keep your distance.”