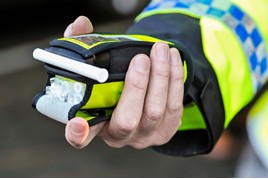 The number of people killed in road accidents where the driver was over the drink drive limit has not dropped since 2010.

Provisional figures released by the Department for Transport (DfT) estimate there were 240 such deaths in 2018, exactly the same rate of fatalities ten years ago.

The number of accidents where a driver was over the alcohol limit rose by 4% to 5,900 in 2018, compared with the previous year.

Road safety charity IAM RoadSmart is calling for the government to introduce a ‘smarter’ package of measures to tackle this important issue.

Measures being advocated by IAM RoadSmart include a further lowering of the drink-drive limit in England and Wales to match Scotland, wider use of drink-drive rehabilitation courses and also following the example of Scotland by seizing the vehicles of repeat offenders.

Neil Greig, director of policy and research at IAM RoadSmart, said: “Once again progress on reducing the toll of death and injuries from drink-driving has stalled.

“There is no one simple answer to reducing these figures, but IAM RoadSmart believe we now need a much smarter package of measures from the government including a lower drink-drive limit to reinforce good behaviour, fast-track of evidential roadside testing machines to release police resources and tailored approaches to help drivers with alcohol problems.

“Rehabilitation courses work and we think all those convicted of drink-driving should be sent on one automatically rather than having to opt in.

“More use of alcohol interlocks and extra penalties such as vehicle forfeiture, as used in Scotland, could all be part of a more joined-up approach to the problem.”

Hunter Abbott, managing director of breathalyser firm AlcoSense, says that nly 42% of drivers involved in an accident in 2018 were breath-tested by police.

“This has declined steadily since 2008, when 55% of motorists were breathalysed after a collision,” he said. “Of those who actually were tested following an accident, more than 3,800 were over the limit – at 4.4%, that’s the highest failure rate for 10 years”.

The overall number of breath tests is also the lowest on record.

“Casualties will not reduce until better enforcement is in place, combined with stricter limits and drink driving awareness campaigns”, continued Abbott.

“England and Wales have the highest drink drive limit in the developed world, far above the ‘point of intoxication’ when the cognitive effects of alcohol on a person are measurable.

“At the English/Welsh limit, despite not contravening the law, research shows you are 13 times more likely to be involved in a fatal accident than when sober.

“We call on the Government to increase the number of road traffic officers, in order to restore roadside breath testing to the levels of a decade ago.

“The Home Office should also stop ignoring robust scientific evidence and the advice of road safety experts - the drink drive limit should be reduced from its current dangerously high level.”

Abbott is the founder of AlcoSense and a member of the Parliamentary Advisory Council for Transport Safety (PACTS).

Greig concluded: “Drink-drivers are simply not getting the message, and these figures will not improve until policy changes.”

The European Transport Safety Council says it wants the limit introduced as part of a package of measures to help prevent up to 5,000 alcohol-linked road deaths..