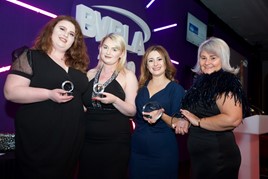 The BVRLA honoured members of the vehicle rental and leasing industry at the association’s Annual Dinner at the London Hilton last week (March 5).

The British Vehicle Rental and Leasing Association (BVRLA) event was attended by around 750 industry colleagues and guests.

BVRLA chairwoman, Nina Bell started proceedings by acknowledging the accomplishments of the association during the year (2019) and outlined its priorities for 2020.

Bell said: “Your association has continued to focus on strengthening our industry’s reputation, ensuring that we have a loud voice with government policymakers and we are using that voice to open more doors in the corridors of power than ever before.

“In 2020 we are focused on tackling the big issues facing our industry including; Clean Air Zones and the raft of emerging air quality measures, the future of mobility, data and digitalisation, a fairer motoring tax regime and not to be forgotten - doing business beyond Brexit.”

At the event Rachel Dean performance specialist at Alphabet, was awarded the BVRLA Industry Hero Award 2020, alongside Jo Humphreys at Low Cost Vans. It is the third year running that an Alphabet employee has received the industry accolade.

Gerry Keaney, BVRLA chief executive, said: “Our awards recognise some of the ‘Industry Heroes’ who have turned in exceptional performances in their respective fields and made an extraordinary contribution to their organisations. Our winner from Alphabet is a passionate advocate of teamwork in customer service.” 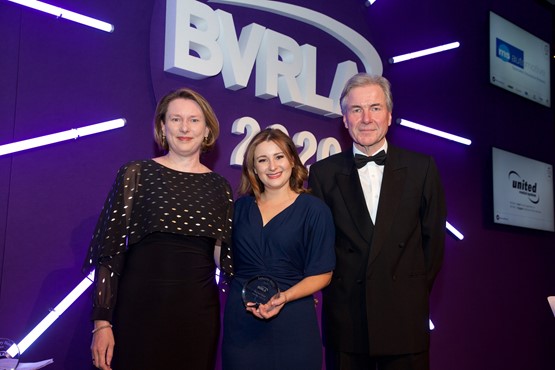 Stefan Oswald, chief financial officer at Alphabet, said: “A ‘Performance Specialist’ at Alphabet is essentially a team leader role but is so much more. Coach, trainer, mentor, compliance and regulation co-ordinator, customer service manager and overall point of contact for the business with that team.

It is phenomenal that this is Alphabet’s third ‘BVRLA Hero’ in the past three years, which I think reflects the quality of the people who work for Alphabet, the proactive attitudes and positive mindset we value and, of course, the investment we put into our people.”

At the event, Peter Cakebread was also announced as the winner of the Freddie Aldous Outstanding Contribution Award.

Keaney said: “Peter has been an active member of the association for more than 20 years, helping to shape the sector and make it the force that it has become today. Peter has performed every role possible for a BVRLA member to perform with commitment and selflessness.”

Cakebread is the second person to receive the award, first introduced last year in honour of the BVRLA’s honorary life president Freddie Aldous, who passed away in 2017.

Others to be recognised during the evening were Naomi Kerr and Emma Gilmour, both from Arnold Clark Car and Van Rental. The two were commended for achieving the joint highest scores amongst all those who successfully completed the BVRLA IMI Rental Operator Skills Award during 2019.

The BVRLA Annual Dinner also raised more than £10,500 to donate to the event’s chosen charity, BEN, which specialises in the providing emotional and financial support to former and existing automotive industry employees.

BVRLA membership numbers continued to rise during 2019, ending the year with 1,007 organisations, up 2% on the previous year.