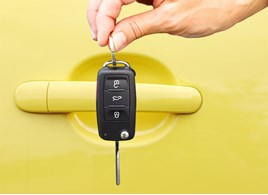 The use of a journey approval system, where company car drivers have to get authorisations for specific trips from line managers, could represent the future of company car use, FleetCheck has suggested.

Peter Golding, managing director at the fleet software specialist, said that there may need to be an acknowledgement that the spread of video conferencing during the pandemic was going to change business travel even once the threat of coronavirus had passed.

“There’s little doubt that the rise of Zoom, Microsoft Teams, GoTo Meeting and others have had a real impact on perception of how business meetings are conducted. Many of us – me included – have learned that they are a pretty efficient way to hold conversations.”

However, Golding says that there is also a counterpoint argument that some meetings do require a human presence, whether to demonstrate a product or service, or simply to establish and maintain a rapport with an important contact.

He explained: “How much video-conferencing can or should replace car journeys will vary widely from organisation to organisation and from job role to job role, but there is little doubt that we have seen a cultural change during lockdown.

“What is needed is a means of assessing and controlling which meetings require a car trip and which can be handled by video online.

“Some form of journey approval system – either informal or driven by technology such as an app - is one possible answer to this question.”

Each organisation would need to establish guidelines for which meetings needed to take place in order for managers to make consistent approval decisions, Golding suggests.

He continued: “It could be that you have account managers who see major clients every month. Could you write something into your fleet policy that recommends two out of three of those meetings use video conferencing? Those are the kinds of policies that would need deciding.

“What we are suggesting is, fundamentally, thinking about using company cars in a more strategic manner.

“We believe they will still be very necessary but, if you could substantially reduce the number of miles covered each year, it represents a win in all respects including costs, travel time and environmental impact.”

Golding says something similar was etablished during the 2008 economic crash.

“Quite a few businesses essentially stopped drivers using their car for journeys in order to eliminate fuel expenditure as much as possible,” he said.

“If you needed to make a trip, it had to be approved. The difference then, of course, was that video conferencing technology was quite limited. Now, there are a wider range of options.”

Covid-19 has helped to clear the air – now battle is on to keep it that way.