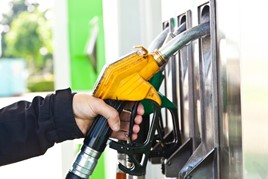 A version of this article was first published in the July digital edition of Fleet News.

Facing a long-term decline in fuel duty from the electrification of vehicles, the change could stabilise tax revenues, while cutting congestion and emissions.

A poll taken at the Low Carbon Vehicle Partnership (LowCVP) annual conference showed a majority in favour of a new road-user charging scheme, with 60% backing the policy. Just more than a quarter (27%) voted against the measure.

The LowCVP survey also found that nine-in-10 respondents (91%) think the time is right for a more radical and rapid change in the decarbonisation of transport.

In a new report, Campaign for Better Transport also says the coronavirus pandemic has provided the Government with the ideal opportunity to overhaul the current tax regime.

It says a “new approach” to road pricing is needed that captures the impacts from use of the road space by vehicles, including congestion, air pollution and carbon emissions.

“Such variable, distance-based charging would reflect the impacts of individual journeys more appropriately and, unlike clean air zones or congestion charges, account for both pollution and congestion at the same time,” it said.

The report – Covid-19 Recovery: Renewing the transport system – details a charging mechanism based on distance travelled, time of day, location and level of emissions.

As the pace of electrification of road transport grows, the report argues that such a regime should provide a mechanism for charging vehicles according to their environmental impact and use of the road space.

Darren Shirley, chief executive of Campaign for Better Transport, said: “As the UK begins the process of recovery, the Government must now focus its ambition on accelerating the shift to sustainable transport.”

The Green Party and campaign group Greener Journeys are also making similar arguments for the introduction of road pricing.

“The Chancellor should take the opportunity of record low oil prices to increase fuel duty,” she said. “The money should be ring-fenced to incentivise the take-up of cleaner vehicles and improve public transport.

“At the very least, the Chancellor should end the freeze and increase fuel duty in line with inflation.”

The fleet sector has already shown it is receptive to road pricing as a replacement of other road and fuel duties. Fleet News has been calling for the Government to launch a feasibility study since its Fleet Industry Manifesto report in 2015.

Andrew Burn, partner and head of automotive at KPMG, told Fleet News: “It would be good to continue to keep fuel duty flat.”

He also doesn’t expect fleets to see a fuel duty reduction in the future as it does not play into the Government’s green agenda and net zero ambitions.

The fuel duty escalator was introduced in 1990 as an environmental tax to stem the increasing pollution and congestion from road transport, but it has been frozen since 2011.

The Institute for Fiscal Studies (IFS) estimates that the failure to increase rates in line with CPI inflation has cost the Treasury £5.5bn a year since 2010-11.

Revenue from fuel duties now stands at £28bn a year, which is 1.3% of national income. Revenue peaked at 2.2% of national income in 1999–2000. Had it remained at that level the Exchequer would currently be getting an extra £19bn.

In its Green Budget, published late last year, IFS highlighted how revenue from fuel duties had fallen since 2000 and called on the Government to consider road pricing to maintain its tax take.

New analysis by the RAC shows that fuel duty was down by £2.4bn in April and May compared to the same time last year.

Revenue from diesel duty (charged at 57.95p per litre like petrol) was hardest hit. Despite being the fuel of business, duty on diesel fell by 49% during April and May to £1.5bn compared to £2.9bn in 2019.

In terms of monthly tax from fuel duty, the £946m raised in May was the 33rd lowest figure – only months from the early 1990s were lower when there were some 24m vehicles on Britain’s roads compared to the 31.8m today.

“The temptation for the Chancellor might be to recoup some of the losses by increasing fuel duty, but with the country staring down the barrel of one of the sharpest recessions on record such a move would risk choking any economic recovery at a time when drivers and businesses are most struggling,” explained Lyes.

“This perhaps gives the Government a glimpse into the future of when fuel duty revenues start to decline more sharply with the rise of electric and other alternatively fuelled vehicles. Treasury officials might want to start thinking about how the Government approaches such a scenario considering fuel duty normally generates around £27bn a year.”

Fuel duty receipts will have increased as lockdown restrictions were eased, but the latest fuel sales figures from the Department for Business, Energy and Industrial Strategy show there is still some way to go.

Fuel sales at filling stations across the UK were 23% below pre-lockdown levels at the end of June. Diesel sales were 20% lower than before lockdown and petrol sales were 26% lower than would be expected.

In the eight weeks prior to lockdown being imposed on March 23, average daily road fuel sales were 17,690 litres per filling station.

The lowest average daily figure recorded was 2,500 litres, on April 12, at the peak of the pandemic.

Ashley Barnett, head of consultancy at Lex Autolease, told Fleet News that even if individual mileages remain below average, there are likely to be more vehicles on the roads as people avoid public transport due to the coronavirus.

“While Treasury income from fuel duty has dropped during lockdown, an increase in vehicles on the roads would address some of this.

“Longer-term, the reduction in income from fuel duty is the ‘elephant in the room’ when discussing the transition to electric vehicles (EVs), but we are many years away from there being a significant reduction in the annual amount generated.

“As the momentum shifts away from petrol and diesel, there may come a time where the Chancellor feels fuel duty can be increased, to encourage drivers who are cautious about making the switch to electric.

“At the same time, when EVs become sufficiently ‘mass market’, a more appropriate taxation method than fuel duty may need to be considered, especially if they continue to be cheaper than petrol and diesel on a wholelife cost basis.”

“Longer term alternatives to emissions-based taxation such as road pricing may well be viable in replacing VED and/or fuel duty.

“A debate on future taxation models is clearly going to be needed as the Exchequer looks to balance the books.”

Balancing the books will prove a difficult task for the Chancellor, Rishi Sunak, with the UK economy facing its biggest decline in 300 years.

The OBR suggests that the economy will shrink 12.4% in 2020, with borrowing expected to increase to the highest peacetime level.

The latest data shows borrowing grew by 1.8% in May.

It leaves the Government on course to borrow £372bn this year to pay for the shortfall between tax revenues and public spending.

In a recent HMRC report, the impact of coronavirus on Government coffers was visible in reductions in receipts collected across a number of taxes.

Tax officials said reductions were due to a combination of changes to payment timing, responses to Covid-19 policies and the emerging economic impacts of the pandemic.

The OBR has also warned that the economy will not return to its pre-coronavirus size until the end of 2022, while unemployment is expected to rise to 12% by the end of this year, falling back to 10.1% in 2021.

Figures from the Office for National Statistics (ONS) show the number of workers on UK company payrolls fell by 649,000 between March and June.

However, unemployment has not yet surged, as many predict it eventually will, because large numbers of employers have put workers on the Government’s furlough scheme.

The latest data shows that more than nine million private sector workers are, effectively, on the Government payroll.

It should have therefore come as no surprise that the Chancellor’s summer statement failed to deliver any incentives for the fleet industry and the wider automotive sector.

So far, the Government’s plans for a ‘green’ economic recovery have focused on jobs and softening the blow of phasing out the furlough scheme.

In a £30bn give-away, Sunak announced a VAT cut on hospitality and offered firms a £1,000 per employee bonus to keep furloughed staff.

A much publicised possible scrappage scheme for electric vehicles (EVs) did not materialise, neither did a mooted VAT cut for the automotive sector.

Mike Hawes, chief executive of UK automotive trade body, the Society of Motor Manufacturers and Traders (SMMT), said he was “bitterly disappointed” the Chancellor had stopped short of supporting the industry.

However, a scrappage scheme costing hundreds of millions of pounds, proved a step too far for a Government facing record debt and a dwindling tax take.

Ben Creswick, managing director of JCT600 Vehicle Leasing Solutions (VLS), argued: “A scrappage scheme would not benefit the company car market, but existing incentives such as the plug-in car grant and new company car tax rates, which allow a driver to have an electric car for just a few pounds a month, are doing the job.

“The range of EVs is increasing and the low total cost of ownership means they are finding their way on to choice lists. Availability of product is the only concern.”

Paul Hollick, chair of the Association of Fleet Professionals (AFP), says its time to consider how the Government might balance the books. Read more here.

The Institute for Fiscal Studies (IFS) says the Government should consider road pricing and overhaul the company car tax regime.

Road tolls, clean air zones (CAZs) and a scrappage scheme could be employed by the Welsh Government to improve air quality.