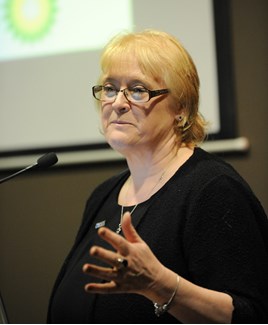 Driive Consulting expects a 40% increase in business over the next 12 months with the launch of a new training arm, Driive Academy.

The academy, which launched today (August 3), costs £5 per driver per month and includes 13 e-learning courses over three years, starting with an induction.

A driver never goes more than three months without training and each course has a question set so managers can be assured that drivers have understood the training.

Driive handles the administration – sending invitations and reminders to the drivers, issuing drivers with the relevant certificates and collating training records.

The package also includes monthly toolbox talks on a range of topics, which are sent to managers so there is a constant flow of information and engagement with drivers.

It is part of a new subscription approach from Driive, which aims to make risk management more affordable and accessible for all fleets, recognising that company cash flows have been hit by Covid-19.

The Driive Academy sits alongside the existing driver risk management solution, Driive (£12 per vehicle per month, including a pre-employment profile of a driver, licence check, an app for daily walkaround checks and first notification of loss, driving interventions and reports) and grey fleet risk management (£3 per driver per month, including all the compliance checks - MOT, business use insurance, driving licence, vehicle age and CO2 emissions).

Driive said that pre-orders of the Driive Academy had “outstripped expectations”.

It already has a combined database of around 80,000 drivers (thanks to its partnership with Matrix telematics) but over the next 12 months it expects this to rise to more than 250,000 drivers, while the number of companies is expected to grow from about 800 to 2,500.

Colin Hartley, managing director at Driive, said: “This is a really exciting time for Driive and I am proud that we have been able to respond to industry needs so quickly.

“There is no doubt that Covid-19 has had a devasting effect on the cash flow of many companies.

“We have taken the decision to launch the academy with a low-cost monthly subscription per driver, making it affordable for SMEs as well as larger businesses.”

Alison Moriarty, fleet risk director at Driive, who joined the business in May, believes that the toolbox talks and training courses will play a vital role in supporting driver health and well-being.

She said: “If a driver collects his keys and is straight out every day, you can't pick up on changes. And I think the less contact drivers have the less inclined they are to speak about things to managers.

“The toolbox talks give managers a way to engage with their drivers and that’s really important.”

Moriarty has recently created a health and well-being training course for the academy, recognising conditions such as anxiety, depression, Sleep Apnoea and type 2 diabetes, as well as issues such as dehydration and poor diet.

“It's about all those things that can really put you at risk on the road,” Moriarty said. “We already know about type 2 diabetes in the driving community because it's a sedentary job but there are other health issues to consider too, particularly dehydration in summer.

“Dehydration affects you in many different ways but concentration is one of the worst ways it affects.”

The course also looks at triggers for anxiety and depression, with the aim of encouraging drivers to seek help if they need it.

“Driving is still predominantly male and men are much less likely to talk about an illness or go to the doctors, whether it’s a physical or mental illness,” Moriarty said. “It’s almost like a sign of weakness but it’s a strength to be able to go and sort things out.”

She added that Driive’s team of fleet analysts have taken it upon themselves to contact drivers during lockdown simply to check how they are.

“The feedback from that has been amazing,” she said. “Drivers have been saying ‘I can't believe somebody just picked the phone up to make sure I'm okay’. And the company has got back to us and said that it's a really nice thing to do.”