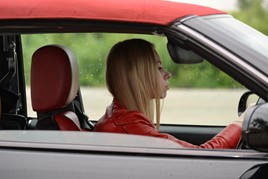 The classification of journeys is causing a headache for fleets, because of the rise of homeworking due to coronavirus, says the Association of Fleet Professionals (AFP).

Describing the problem as ‘The New Commute’, the AFP says that problems revolve around whether an employee’s home is now officially their place of work.

AFP chairman Paul Hollick explained: “If someone is working from home rather than the office, then it raises the question of which is actually their place of work. This is important when it comes to both expenses and risk management.

“For example, if someone now drives their own car to the office once a week, are they allowed to reclaim their travel costs using AMAP rates, as they would for any other business journey that they undertake?

“The other major issue is whether, if someone now uses their own car to travel from home to work, whether that is now seen as a business journey from a risk management point of view, rather a commute.”

Hollick says that the HMRC rules in this area were often inconsistently applied. Normally, they were based on the employee’s contract of employment showing that they were home-based but there was also a reasonableness test, to ensure that the employee is working from home rather than the office for a proportionally greater length to time.

“As always with points of taxation,” Hollick explains, “it is better to have hard and fast rules but these are open to local interpretation and fleets can potentially suffer from a lack of uniformity.”

He added that the issue of risk management was probably clearer but also open to some degree of interpretation.

“Any employees who work from home for the majority of time but sometimes visit the office using their own vehicles have, strictly speaking, all become grey fleet – and should be subject to all the usual grey fleet management practices,” he said.

“Again, we have yet to hear from any fleets who have been in touch with the Health and Safety Executive about this but it is an area that would benefit from future clarification.”

The pandemic is creating a series of questions for fleets that AFP members were currently discussing and to which they were attempting to find solutions.

“The New Commute is just one of a series of issues that we are working hard to resolve for members but sharing best practice ideas,” said Hollick.

“It is at times such as now, when so much surrounding fleet management is fluid, that the AFP can really add value.”

The AFP was formed in March from the merging of the Association of Car Fleet Operators (ACFO) and the Institute of Car Fleet Management (ICFM).

Car ‘essential’ for majority of commuters

Almost three quarters (73%) of British workers still believe a car is essential to their daily commute, according to new research by Alphabet.

A loss of confidence in public transport looks set to change how employees will travel to work as the Covid-19 pandemic lockdown eases, new research has found.

The latest data from the Department for Transport (DfT) shows car use was at 85% of what would typically be expected on Monday (July 20).