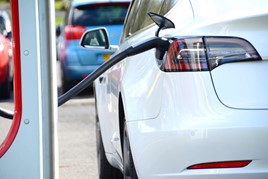 However, new research from TMC suggests that employers reimbursing drivers at 4ppm is not covering their fuel expenses.

It says that, when the cost of public charging is factored in, 4ppm would not cover the cost of charging any electric car currently available, except the Renault Twizy quadricycle.

There is an even bigger shortfall with electric vans, it says. Only the current Renault Kangoo ZE, due to be replaced later this year, costs under 4ppm to charge if home charging alone is considered. Every other electric light commercial vehicle (LCV) costs more than the AER to charge at home.

TMC claims that its research shows that a higher AER is needed for larger electric cars and vans because the actual cost per mile for domestic charging is as much as 65% higher than the AER for cars and up to 165% higher for vans based on the WLTP figure.

“If employers want to encourage EV take-up in company fleets, they need to consider the actual cost per mile of using those cars and vans,” said Paul Miers, TMC’s chief data officer.

“Simply paying the current AER of 4p per mile will leave company drivers out of pocket, particularly if they rely on the public charging network to be able to complete their journeys.  There are also seasonal factors to consider too.”

In winter, the 15% real world adjustment is likely to be an under estimation, putting even more upward pressure on the actual cost per mile, suggests Miers.

The table below shows the cost of running electric cars and vans using three different scenarios compiled by TMC’s team of data analysts.

For all examples costs are calculated using electricity priced at 16p/kWh for home charging and 30p/kWh for public charging.

Siemens has become the UK’s biggest operator of end-user plug-in hybrid company cars, according to data from the Fleet200, with more than half its 2,300-strong car fleet now running on electric technology.