86% of fleets have experienced an accident in past year, IAM Drive & Survive finds 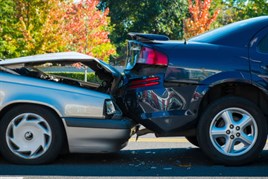 The majority (86%) of fleets have experienced an accident in the past 12 months, according to research from IAM Drive & Survive.

It surveyed fleet professionals within 100 businesses on their approach to, and experience of, accidents involving their fleet and found that:

•    Only 14% of fleets had not had any vehicle incidents in their fleet in the past 12 months.
•    Every fleet had suffered on-road incidents that were caused by their driver, i.e. an ‘at fault’ incident.
•    Nearly half of all fleets said the average cost of repair per vehicle was more than £1,000.
•    Only 33% of fleets said at-fault drivers faced some sort of punitive measure, i.e. fine, excess payments, etc.
•    Over half said they didn’t offer any post-incident driver training as a means of reducing the risk of repeat incidents.

The report on the findings An analysis of bent metal amongst company fleets stated: “The research shows that many companies are not addressing correctly this significant and avoidable overhead by putting in place sufficient measures to reduce the risk of incidents happening, or more worryingly, happening again to the same drivers.

“Few provide any driver training as a way of reducing the chance of the driver having another incident. Is this a good situation for company, fleet, vehicle or driver?”

In 2014 IAM Drive & Survive conducted a survey which revealed 72% of people who drove for business reasons had been offered no training by their employer at all – even though 44% of them said they would welcome the opportunity.

And Driving for Better Business says up to one in three road crashes involves a vehicle being driven for work and every week, around 200 road deaths and serious injuries involve someone at work.

IAM Drive & Survive also discovered that drivers of company vehicles are 25% more likely than company drivers using their own vehicles to have a minor accident.

“Fleet operators have a duty to their businesses, employees and other road users to ensure those individuals’ driving conduct is of the highest order. Often companies have full processes and procedures for Health and Safety, HR and Environmental best practice; but often none in place when the employees get behind the wheel of a car or van?”