Northern motorists most at risk of car key theft 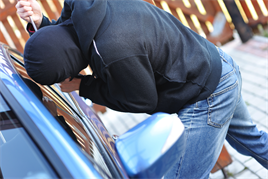 The latest figures from Tracker show that 64% of cars stolen in the north of England, in 2015, were stolen with keys, compared to just 42% in the south.

Fleets should be warning drivers to be vigilant when it comes to keeping car keys safe, but Tracker is urging those based in the north to be particularly vigilant.

When it comes to the favoured models, figures show car thieves in the north prefer Mercedes-Benz models, while their counterparts in the south favour BMWs.

Andy Barrs, head of Police liaison at Tracker, said: “Car owners need to be aware that thieves are always finding ways to crack manufacturer’s security measures, whether it’s hacking a vehicle or stealing the keys. This is why fitting a tracking device is fast becoming a vital part of modern security for car owners.

“Stolen vehicle recovery technology offers motorists an added level of protection from criminals. A tracking device won’t stop a car being stolen, but it will increase the chances of police finding and recovering it, even if it’s hidden in a garage or shipping container, making it the best way close the net on thieves.”

West Yorkshire Police report that thieves committing burglaries in some parts of the county have switched their attention to stealing keys to take vehicles, rather than taking electrical items, money and jewellery. However, the reality is that offences where cars are stolen by means of burglary carry a much higher sentencing tariff than cars stolen by means of conventional vehicle theft.

Meanwhile, in the south, car thieves tend to focus on compromising electronic security systems and key cloning, leading to the Metropolitan Police listing vehicle theft as one of its top seven priorities. The microchips embedded in keyless fobs emit a signal to the car which thieves are then able to intercept and copy, allowing them to start the car remotely without the owner’s knowledge. Stealing cars in this way carries a shorter jail sentence, reduces the risk of being caught red-handed and therefore serves as an additional incentive over car key burglaries.