The proposals aim to support and encourage the growing uptake of electric vehicles by ensuring all new homes with a dedicated car parking space are built with an electric charge point.

In announcing the public consultation on changing building regulations in England, Chris Grayling, transport secretary, said: “With record levels of ultra-low emission vehicles on our roads, it is clear there is an appetite for cleaner, greener transport.

“Home charging provides the most convenient and low-cost option for consumers – you can simply plug your car in to the charge overnight as you would a mobile phone.”

The consultation proposes using powers under the Automated and Electric Vehicles Act to require most new charge points to have smart functionality and meet minimum standards. It also launches a call for evidence on the longer-term options for smart charging.

The legislation would be a world first and would acknowledge the 95% increase in EV registrations between 2016 and 2018. 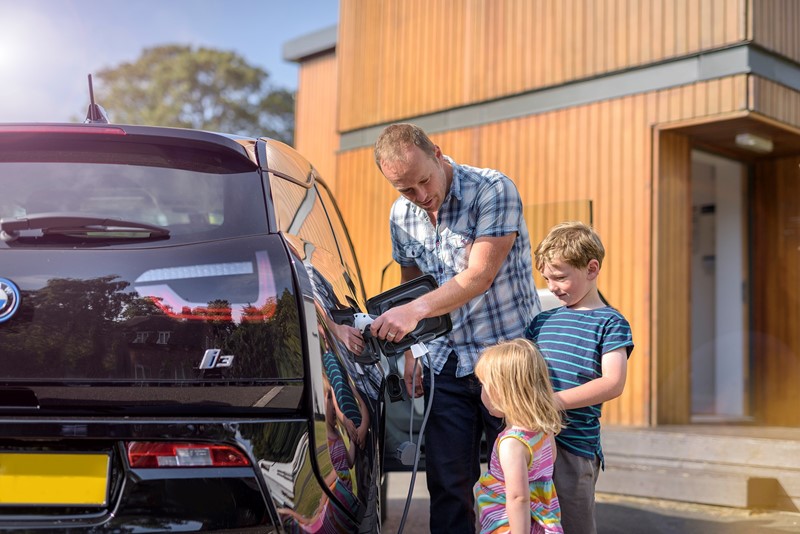 The above announcement, together with another revealing that credit and debit card payments will be introduced for rapid charge points in spring 2020, was welcomed by the AA.

“These announcements are a step in the right direction. It is encouraging that we will have an over-arching review to give a clearer picture of what is needed on the electric highway ahead,” it said in a statement.

Separately, a three-year study conducted by DriveElectric involving 700 EV drivers with smart chargers installed at their homes, found EV charging was at its peak from 5pm to 7pm after drivers returned home from work.

The participants’ vehicles were plugged in for an average of 12 hours, but they only took electricity for one-and-a-half hours in that time.

Registrations in the North of England are a third lower (35%) than in the South.