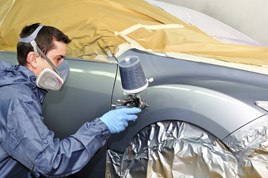 Its latest State of the Industry Report 2019, was published this month, and the study- sponsored by Mirka- has shown the average rate from 21 of the largest bodyshop groups in the UK has increased.

ABP Club chairman, David Cresswell, said: “After five years in a row of improving profit margins in the UK body repair industry, it is disappointing to see that our analysis has revealed a fall in the average profitability over the last year.

"The ever-increasing level of technology being fitted as standard to new cars means the bodyshops are continuing to make major investments in their businesses on the equipment and training needed to repair these cars safely.

"The insurance companies and accident management companies need to be aware of the situation as a 4.92% pre-tax profit margin - £86 pre-tax profit per job - is insufficient to fund the investment needed.”

Data from the 21 groups also showed the following:

Average annual turnover per member of staff is now £100,730.

Also, ACIS recently launched a training programme to upskill bodyshop technicians to cater for the growth in the electric vehicle (EV) market.

Bodyshops will struggle to reduce downtime as electric vehicles boom

The growth of electric and hybrid vehicles is set to fundamentally change the bodyshop landscape, according to Graham O’Neill, the CEO of ACIS.

Nissan’s EU-wide bodyshop Nissan will expand its approved bodyshop network across Europe with the target of reaching more than 1,000 sites.