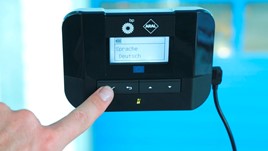 BP will now offer a solution for the European Electronic Toll Service (EETS), to ensure easy travel for fleets across Europe.

The BP Tollbox for EETS aims to make operations simpler when traveling in different European countries offering "one easy plug in and go installation of the on-board unit and compatibility with the BP + Aral fuel card allowing drivers to invoice for fuels and tolls simultaneously".

The service was first unveiled in 2018 in other European countries such as Germany, Austria and the Netherlands.

BP’s UK fuel card manager, Jo McDonnell, said: “We are excited to offer fleet managers and drivers a sophisticated technical solution to border crossing with the BP Tollbox for EETS. After a successful launch in Europe last year, the BP Tollbox for EETS now eases travel across nine European countries. We know its debut in the UK will help increase fleet transparency and significantly reduce administrative efforts.”

Its UK launch will now allow drivers and fleet managers the chance to reduce toll issues when driving in other European countries.

The BP Toll Box On-Board Unit can be installed quickly and easily activated.

These fuel cards that can be used throughout Europe and the turnover processed and listed together with the toll charges in one invoice statement so all costs can be tracked at ease.

BP’s web portal will also allow fleet managers to report in one system.

EETS can also be switched between different vehicles, saving both time and money with the lack of a need of multiple boxes.

Currently the BP Tollbox for EETS is currently being accepted at tolls in Austria, Belgium, France, Germany, Italy, Norway, Portugal, Spain, as well as the Polish A4, Fjordforbindelsen Frederikssund bridge, Oresund bridge and Storebaelt bridge.

Bulgaria, Czech Republic, Hungary, Poland, Romania, Slovakia and Slovenia are expected to be added in the near future.

BP also launched a new fuel and charge card this summer which can be used by fleet drivers to pay for petrol, diesel or electricity.

Geotab has introduced its GO9 telematics device in Europe, which provides fleet managers with more accurate data and has greater compatibility with the latest vehicles.