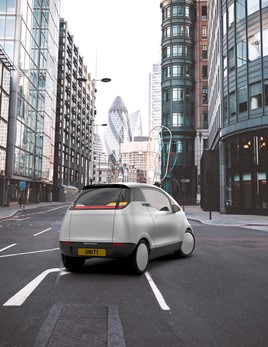 Transport for London (TfL) and the Police are marking Road Safety Week by taking increased action to reduce road danger, aiming to reduce accidents and deaths.

They are taking part in targeted high visibility and covert policing patrols on London’s roads, in order to reduce careless driving and well as educating all road users.

This also includes high visibility and covert policing, community and junior roadwatch sessions, where members of the public work with the police to educate drivers about the dangers of speeding and communicating more information about road safety.

Stuart Reid, director of vision zero at TfL, said: “People are dying on our streets every week from avoidable road collisions and Road Safety Week provides us with an opportunity to remind ourselves of the importance of reducing road danger for all.

“By working closely with the police, lowering speed limits, responding to specific community concerns and more, we hope to save lives.”

The trial is taking place in Shoreditch and Camden.

TfL and the police are also working to lower speed limits to 20mph in central London, with other key areas to have their speed limits lowered by March 2020.

They’re also working to remove the most dangerous lorries from London’s roads with the direct vision standard.

Those that do not comply from October 2020 will be issued a penalty charge.

In 2018, 112 people were killed because of road accidents, with a further 3,954 suffering injuries on London’s roads.

"Road Safety Week is another opportunity for us to educate road users and pedestrians of the risks to themselves and others associated with irresponsible and dangerous behaviour such as speeding, using mobile phones and disobeying traffic lights and other road signals.”

London’s Transport Commissioner, Mike Brown, is leaving Transport for London (TfL) to oversee the restoration of the Houses of Parliament.

Transport for London (TfL) has generated more than £40 million from the London Ultra Low Emission Zone (ULEZ) since April.