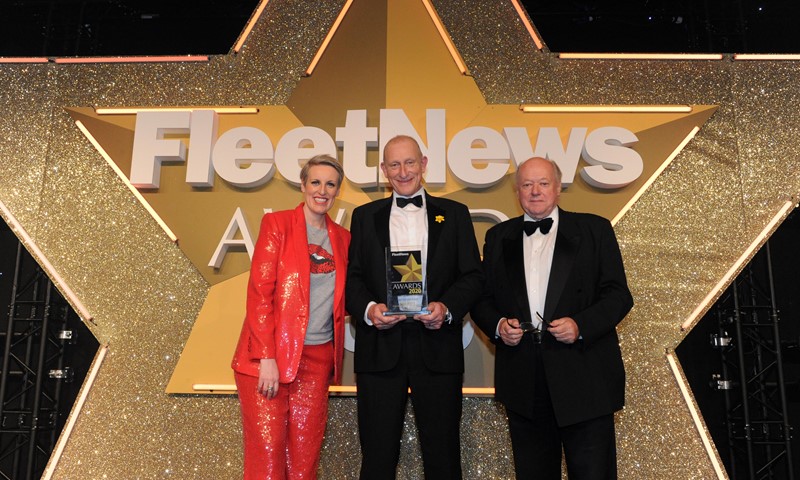 Many businesses are still wary of electric vehicles (EVs), due to uncertainty about range, charging and how they might fit into their choice lists.

They should seek out 2020 Fleet Champion Nigel Morris (pictured centre) – he’ll be delighted to provide the answers, drawing on his own experiences in introducing and running an electric fleet for the Active Building Centre at Swansea University.

Morris has been championing EVs with infectious energy within his organisation and to other fleets – anyone who’ll listen – for almost a decade. His was one of the first Go Ultra Low accredited companies in Wales and one of the first accredited universities in the UK.

He has chaired the Swansea region ULEV (ultra-low electric vehicles) Taskforce for the past five years, helping a range of public sector bodies to share knowledge and experiences to resolve issues.

Morris also collaborates with the city council on hosting the annual Clean Air Roadshow to promote awareness and uptake of ULEVs to the public.

His own fleet consists of 15 electric cars and 12 electric vans on three-year leases. He does, to his personal chagrin, still run 10 diesel vans, primarily tippers, Lutons and minibuses where there have been few powertrain alternatives, but is watching developments closely with a view to switching as soon as viable options come to market.

Better understanding and management of his electric cars has seen annual mileages rise from less than 5,000 miles to as much as 20,000, as they replace hire cars and grey fleet.

Meanwhile, the buildings play their own part by generating sufficient electricity to make the fleet grid neutral over the year, while also providing energy to neighbouring buildings during the evening peak. This helps to further decarbonise the fleet.

He has introduced public transport schemes to lure people out of cars and reduce journeys.

He has worked with the sustainability team to introduced better lit footpaths for popular walking routes.

And he promotes cycle to work with showers, changing rooms and safe storage areas, including a pool of electric bikes to replace grey fleet.

For those remaining wedded to their cars, Morris operates car share and lift share schemes, with incentivised parking permits to encourage ULEV adoption by staff.