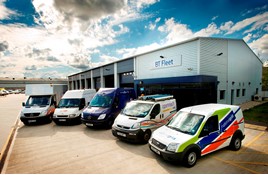 Change is afoot at the UK’s two biggest fleet operators with news earlier this month that BT had sold its Fleet Solutions division to Aurelius, while Royal Mail pulled the plug on its own third party maintenance and repair aspirations due to a change in strategy.

Both organisations had contracts with someof the UK’s biggest fleets who will now be considering what these changes mean for them.

Let’s deal with Royal Mail first. The reason it is stopping its fleet management and SMR service two years after launch is also why it is no longer pursuing the Empty Legs initiative of offering space on its trucks to other companies.

The profile of Royal Mail’s business is changing, with greater emphasis on distributing bigger parcels. It has a major investment plan in this area and needs both the spare space on its trucks and the spare space in its workshops to accommodate its growth aspirations.

We understand the company had double-figure customers plus strategic co-operations with Hitachi and ARI to handle their surplus SMR. All will now have to seek alternative arrangements.

Will that be with BT Fleet Solutions, expected to undergo a rebrand within the next 12 months? It’s an obvious contender to fill the Royal Mail void (as is ARI), with 65 owned-workshops and 500 contracted facilities, although some of Royal Mail’s customers were conquests from BT. Plus, it will no longer be able to trade on its operator status as a core competency.

Another challenge for Aurelius will be to retain BT’s custom, worth 35,000 vehicles. We understand that a lengthy exclusive contract has been agreed between the two parties, but eventually we'd expect BT to test the market and several top 10 leasing companies will be eager to tender.

We hope to interview BT Fleet Solutions MD Henry Brace about these matters, and more, soon.

Footnote: I’m delighted to announce that Hyundai has agreed to be the headline sponsor of the FN50, the definitive listing and analysis of the UK contract hire and leasing sector. Hyundai is one of the fastest growing manufacturers in true fleet thanks to its excellent range of cars and it’s great to have the company on-board.