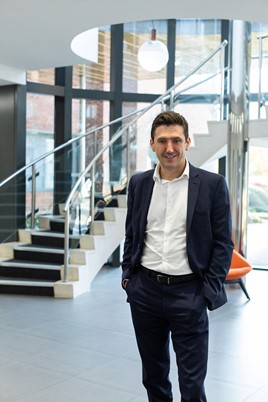 Half of the orders were for fully electric models, while hybrids accounted for an additional 20%.

The shift in demand aligns with a recent Tusker survey, which found that almost two-thirds (63%) of drivers would consider an EV for their next car.

Environmental benefits (58%), being able to charge their car at home (53%) and reduced tax on their salary or income (51%) were the main reasons for choosing an EV.

Just over half (51%) of survey respondents admitted to not choosing an EV because of the issue with a car’s range, although 79% confirmed they drive less than 150 miles a week.

“This year’s research has brought drivers’ attitudes towards electric vehicles to life. The signs are that knowledge is improving thanks to constant education from Tusker and the wider industry on how electric cars can fit into a driver’s daily life right down to the location of local charging stations,” said Paul Gilshan, CEO at Tusker.

“Our salary sacrifice car benefits scheme aims to put the majority of EVs into the reach of everyday drivers at the same time as helping reduce tax for user choosers and improve safety for grey fleet drivers. Its ability to reduce car provision costs for employers is another area which shouldn’t be overlooked,” he added.

Tusker’s research has seen driver knowledge increase by such an extent that of those who would consider an electric vehicle (1,107) 36% said they were confident in naming up to three or more charging locations to use in their local area.

Respondents were also able to estimate that on average an EV goes 125.8 miles before needing to be charged and that it takes an average of 77.4 minutes to charge an electric vehicle to 80% charge.

Three-quarters of people were also aware of EVs being available in their budget, while 25% felt EVs were just for the wealthy.

Tusker’s ongoing policy of dispelling myths and education about EVs and hybrids has helped contribute to drivers’ knowledge of salary sacrifice. More than half (51%) of survey respondents said they knew what a salary sacrifice car scheme is and 45% of those (888) associated salary sacrifice as the cheapest way to drive a new electric vehicle without spending a large amount upfront.

For more from Gilshan and how salary sacrifice can drive the switch to EVs, see the January edition of Fleet News.

Accelerate your electric future at the Electric Fleet Virtual Conference

Accelerate your electric future at the Electric Fleet Virtual Conference 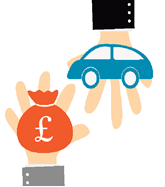